Sometimes, I find myself talking about a concept — say, the Body without Organs — to someone who has not enmeshed themselves in philosophy (I'm trying out that they/them thing). They listen, ask a question or two — often with a hint of defensiveness — before saying: Ok. So what? What am I supposed to do with that?

This is the best question possible: What am I supposed to do with that? What can I do with that? For it — life — is always a matter of doing.

But then someone else comes along and says: I don't know about that core purpose stuff. I don't think we have a core; and I don't think we have a purpose. I think we're all just adrift and the trick is to ride it with grace. And, for a calculus of reasons, you believe this latter guy. So now rather than taking time alone and considering your core purpose, you move into the social, into the fray of experience, but without judgement or exploration you used to have. Now you seek grace as a passive subject within the Great Teem, riding this whole shindig out.

Two concepts. Two different architectures of experience. And at least two different directives on how to behave. Concepts, like many figures, organize our sense making. They have us see the world a certain way, to process the stuff of this world a certain way. (I'd argue that any figure has this power; after seeing Francis Bacon's paintings, I see the world, I experience the world, I organize the world differently.) And this processing, which we might call understanding, inflects our desires, our experience, how we interact with ourselves and other bodies.

Concepts, like all figures, have the ability to (re)order the very structures of who we are as individuals and as a social body. They famously wrote: A concept is a brick. It can be used to build a courthouse of reason. Or it can be thrown through the window.

So what are you to do with the Body without Organs? Well, like all concepts, it proffers an architecture of bodies: within this organized body there is another body, one that is run through with forces and flows, with becomings and desires of all sorts. This refers not just to the human body but to all bodies — to cities, houses, classrooms, relationships, discourses of every kind.

Let's take massage. You're getting a massage as your shoulder really hurts. One therapist massages the body with organs so focuses on your shoulder, on the muscles and tendons and what-have-you. Another therapist massages the body without organs so feels around for different flows and connections, moving from that right shoulder down across the back to the left side lower back before gliding across the glutes, back up, and then over the other glutes down the leg. I'm not sure which will "work"; I, for one, would prefer the latter. But preferences aside, the point is: different architectures of the body due to different concepts become different practices — and different experiences for you-of-the-sore-shoulder.

Now take your living space. Sure, there's a living room in which you do certain things; a dining room where you eat; a kitchen where you cook; and so on. It's a highly organized space — organized before you ever set foot in it not just by architects but by discourse, by the things we're taught since birth about how space is organized. But there is another space within that organized space, a schizo space, a space of different flows of action, of different possibility.

Ever since I've lived on my own, I've had this practice in which when I find myself frustrated with my living space, I wait until night and then I turn off all the lights, open all the windows, shed most or all of my clothes, and then move room to room feeling for what it wants and how the space might go together. I might play music; I might even dance. I'll sit on different things to get different vantages; I'll lie down on the floor, on the table, over the back of the couch. Sometimes, this ends up in a reorganization of the space — couch here, table there. But that's not the point; I'm not redecorating. The point is this ritual of experiencing the space outside of its organized body, inviting its BwO to play, to think the space, to enjoy the space, to have it move me through it.

I took a class in college on ethnicity in which the professor told this incredible story. There was some controversy in upstate New York where there are Native American reservations. It seems the residents were living in these makeshift homes of oil barrels and tar paper. So, to save the day, some state senator built houses on the reservation. A few weeks later, the residents had taken sledgehammers to the walls. The state was, of course, befuddled so hired my professor to figure out why. Well, it seems these Native Americans lived in wide open common spaces — the oil barrels and tar paper; walls were strange and disruptive to them — ergo, the sledgehammers, like a good conceptual brick, at once breaking down and building up. Within any space, other spaces lurk — spaces of radically different flows. A house enjoys a body without organs, too.

BwO, then, refers to any body — spatial, social, discursive. But what about the human Body without Organs? What do I do with that in my life besides choosing a massage therapist? 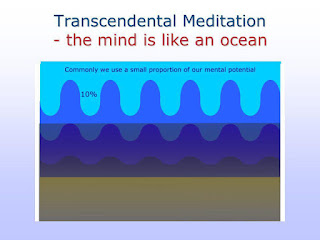 Over the past two years, I've thought about, read about, and practiced some meditation (not a lot, mind you). What do I, what does anyone, want from meditation? Practitioners of Transcendental Mediation (TM) talk about simply sitting and experiencing one's deep inner peace. They use a common figure in this world: the ocean. At the surface, there are waves crashing and moving this way and that. But under the waves, deep down in the ocean, there is a great stillness. This, we are told, is how we as human beings go: on the surface, we are waves of errands, work, worries. But we also house a great stillness which we forget about. Meditation doesn't just remind us; it is an experience of a stillness that lurks in all of our bodies.

This is quite different than the Body without Organs. BwO doesn't proffer stillness; it proffers a veritable flux of movement, of flows. BwO is not still or passive; it is active, emergent, vital, seething — not with the anxieties of the everyday but with the forces of life, of the cosmos.

Well, why access such a body? Isn't life complex enough? Maybe. But maybe the organization of the body with organs is the source of the stress and anxiety. Maybe exerting so much energy to hedge and control the Body without Organs is precisely the source of stress, of sickness, of dis-ease? Maybe accessing the BwO is a way to health. That rather than the BwO creating greater complexity, it creates less. In any case, BwO is a not a way to stillness but to ecstatic movement (internal and external).

I think there is a meditative practice to access the BwO that is different than TM. Which is not to knock TM at all; that stillness is beautiful, important, essential. To me, TM's oceanic body is another body alongside the bodies with and without organs. It is to say that there is perhaps a meditative practice of listening not to the silence but to the teem and flow of the BwO. This meditation might not entail sitting quietly; it might entail moving, writhing, yelling, muttering, rolling about.


Maybe we don't call it a meditation. But to me it's a meditation in that it's a disruption of everyday habit in order to allow whatever comes to come — whether silence or screams, stillness or writhing. What I imagine is a listening, not for silence, but for the myriad, affective flows and sensations.

I believe the co-opting of "mindfulness" by industry — health insurance companies, tech companies — is to make our bodies that are being torn apart by the conditions of capitalism more productive, able to keep working, keep buying, not go to the doctor. Which is to say, this form of meditation has the ability to stall and hide the symptoms of modern life rather than heal.

Needless to say, this need not be the case. It seems to me a mindfulness practice opens you up to the world beyond work and consumption, to the world of the weird and vital within the everyday. In this case, meditation becomes a kind of access to the BwO.

Of course, the risk of opening oneself up to access the BwO is a certain madness. It's certainly not always pleasant; it's not just jouissance. But it's also jouissance. One issue, it seems, is how to move between and among one's different bodies, how to have the ecstatic states of one body not just hinder the other but to have them propel each other. This may be a misguided wish; some messiness, some conflict, some pain might be inevitable, even good.

I'm still trying to figure that out for myself: Do I want only quiet peace? Do I want to be the depth of the ocean and only the depth of the ocean? I don't think so. I have energetic flows in me that want out, that don't want to be suppressed like a tantric ejaculation, holding back my reserves for internal power — even if that is fantastic, powerful, and beautiful. It's just not the only way I want to come. I also want to writhe and moan, I want to scream, to feel my body disintegrate only to reform along new and strange lines.

Mind you, it's not an either/or. All these bodies intersect each other. All these bodies exist — the angular body with organs; the writhing Body without Organs; the deep oceanic body. All these states exist — dealing with the anxious everyday; bleeding, moaning, and coming in different directions at once; resonant, quiet peace. But we can lean a little more this way than that. (Which body decides which way to lean?)

This is what this esoteric sounding concept, BwO, does for me: it multiplies the bodies I find operating in the world and within me. I, for one, don't think we have a core. Or, rather, I believe we have a core but we also don't. Burrowing to one's core is only one mode of living, even if beautiful. But there are other bodies in me. To live, it seems, is a little schizo.
By Daniel Coffeen at May 18, 2018