This is not a beautiful word. It lacks the lusciousness of luscious, the mellifluousness of euphony, not to mention the euphony of mellifluous. It doesn't enjoy the crisp rigidity of a good fuck; nor does it skip down the tongue as dolorous does. In fact, it's a rather awkward word, lisp-like in its utterance while being conspicuously inconspicuous on the page. Few notice and not one lingers over this.

But what this lacks in sumptuous and emotive texture, it makes up for with subtle conceptual complexity — or, rather, its resistance to concept all together. For this will not be generalized and it refuses to travel. In fact, it is that which can never be generalized, insisting on itself to infinity. This is always this.

And yet it is so supremely generous. For while this is always this, this is always different. At one moment this is that and, in the next, it is something else entirely — all while remaining this.

The linguists Emile Benveniste and Roman Jakobson refer to words like this as indexicals. Charles Peirce does, too, but I came to it through Benveniste and Jakobson and feel like I owe them something, to thank them. Mind you, it's not a moral obligation. Despite no longer being an academic and hence having no need to cite my sources, I still drop names in my writing — not to prove my erudition or substantiate my claims but as a conjuring of cohorts and their concepts, a territorialization, forging a conceptual-affective space — even if only temporarily, an Andy Goldsworthy sculpture that's there then gone. Anyway, an indexical doesn't have a fixed referent such as, say, dog or love. It is a function: the act of designating within a given event.

I is another indexical. I obviously doesn't mean Daniel Coffeen; I is a function that designates a speaker or writer who is doing something. When I say I, I designates me; when you say I, it designates you. This makes for a constant slippage when reading someone else's I. In some unavoidable sense, when you read I, you become I. And so when I'm reading the I of, say, Kathy Acker, I become Kathy Acker; I repeat Kathy Acker just as Kathy Acker's own I will never have been her own.

When I was reading Acker some 26 years ago, I was struck by her relentlessly unreliable pronouns: he would become we, she, I. The experience was exhilarating, delirious, liberating as my very identity became scrambled in the act of reading. This is the case with all writing to a greater or less degree. When we read someone else's writing, we inhabit and are in turn inhabited by the metabolism of another — or others. Reading and writing take us astray of ourselves. Of course, most books work hard to confirm themselves and their readers. And most readers seek such confirmation, nodding their heads in agreement as they make their way. But this demands an active repressive mechanism as you have to work not to become the I of another, forgetting that when you read I, you become I.

Despite the best efforts of most teachers and dictionaries, language is a living creature that undoes all it inhabits. For there, always in its midst and letting it operate, letting it be used in everyday life, is the indexical. And there, among the indexicals, is I: a blank spot of no, and every, identity. That which anchored Descartes — that I that thinks — and which we imagine as being the home of our ego is, in fact, an opening occupied by whomever. I is not the site of identity's confirmation; on the contrary, I is where and how identities bleed, mingle, overlap, become undone only to be remade again as something different.

Language is filled to the brim with words that have referents — pixel, purple, fecund, absurdity, nomenclature, fetid. But indexicals punctuate our dictionaries with these gaps, these revolving doors. I, this, here, now: these words only come to fruition in their use, coming out of someone's mouth or scrawled across a page. They are essentially temporal (what structuralists call diachronic rather than synchronic). They refuse to be generalized; they don't have traditional definitions. They are functions that designate radical particularity, that articulate thisness, the haecceity of life.

For Benveniste, indexicals are what allow us to occupy language. The I, he argues, is a portal that allows speakers and writers to enter the linguistic code and wrap it around themelvses, to inhabit language from the inside. "Language is so organized," hew write,  "that it permits each speaker to appropriate to himself an entire language by designating himself as I." Without the I, language would be a closed system, all the words already defined, all communication existing at level of generality, all words already defined — and we'd be looking at it from the outside. But I lend(s) language temporality, opening it up to the flux of the world, to the event of life as we crawl inside its code and (re)create from within. 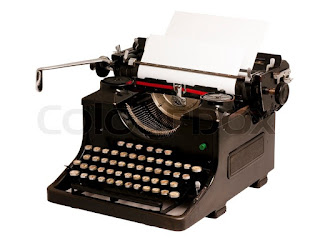 One reason I never got a tattoo is I couldn't imagine anything persisting with me over time. All is flux, I figured, and as my skin relentlessly shifts and sheds, it articulates the flux of life perfectly. There was a moment when I first came to San Francisco, in 1991, and considered getting a tattoo of an old fashioned typewriter. It seemed romantic and cool. But I knew then that that romance might fade; that, in fact, I'm not one for the typewriter; I'm a word processor guy who enjoys cutting and pasting. And I couldn't think of anything that I believed would persist for me through time. (Mind you, that was my criterion for a tattoo; people get tattoos for all sorts of reasons.)

But then last month, on my 49th birthday, I got my first tattoo. It is one of only two things that will inevitably persist for me, with me, as I age. The tattoo, on my left bicep, is one word written in my own handwriting: This.

This is always and necessarily this. It persists and yet, generously, is always different. It is at once stubborn and absolutely open minded. It is the articulation of life's relentless internal differentiation, an articulation of the one principle-that's-not-a-principle that will always drive me: difference. It is in my own handwriting as every this is different; I didn't want the generalized formality of a pre-formed font. That would belie the thisness, the haecceity, of this. It is this as written by this hand in this moment. And yet, while particular to that moment of inscription, this remains ever changing, ever adapting to the here and now.

This remains this, an event of repetition, ever re-creating itself in the moment without relying on an idea, concept, or thing. This forges itself with itself, as itself. While the word dog relies on something else — namely, a dog that is not present — this relies on nothing else, needs nothing else, to give it meaning. It forges its own meaning from within its environment, as part of its environment, an autopoietic act of self actualization creating meaning from within the event, as the event of designation. It's astounding!  A miracle! This is the call of radical affirmation, the great Yes-sayer that is always content with itself, with its place in the world. It never looks elsewhere to confirm it, define it, to give it meaning. This is always this — and that is enough. As Alan Watts might say, this is it.

I would never have a word on my body that was declarative, constative, referential — that needed something else to give it meaning. I didn't want my favorite Nietzsche quote or my favorite Nietzsche concept, amor fati, inscribed on my body (not that there's anything wrong with that; it's just not for me). While amor fati says love fate, this performs the love of fate.

People sometimes ask me why I got this tattoo. Which is hilarious to me as it is its own best explanation that, in the end, refuses any why. Of course, I could tell them about Emile Benveniste and indexicals or about my history with the word (it's the key to the title of my dissertation, Read This Text). But all that backstory is just the placard next to the painting, avoiding what's before us, avoiding the insistence of life happening here and now, turning a deaf ear to the perfect eloquence of the event emerging in the very act of reading what's scrawled across my admittedly skinny bicep. All there is is this.