One of my favorite sequences in "I Wish You Would," Ryland Walker Knight's short(ish) new and deeply affective film, finds the camera following the lead character, Stanley, as he walks down an Oakland street drinking a case of Pabst. The camera moves with him as if it's there with him — as if, perhaps, we're there with him.

But despite the camera keeping its steady pace, Stanley falls out of frame.  Such is the story of this beautiful, affective film: Stanley has fallen out of the frame of the social having had some kind of psychotic episode that landed him in a mandatory institutional hold. As he's released from his stay, he tries to re-enter the frame of his life. The film tracks his attempts and, alas, failures.

And even when the camera is with Stanley, it sees as it sees, light saturating the image, as if the camera is as interested in the sun as it is in Stanley. Such is Stanley: he is alienated from his friends, from what seems to be his girlfriend, from his home (he's been locked out), from himself, and even seemingly from the camera telling his tale.

But this camera that can't quite keep him its sights, that blends him with the sun, may very well be the very thing that sees him best and binds him to the world — perhaps not the social world but to the world in the ultimate sense: to the universe, the cosmos.

When the film opens, the screen is black as we hear what sounds like someone trying to get comfortable in their seat and not succeeding. The first voice we hear reinforces this initial impression: "To begin," says a woman's voice, "just get comfortable." But that is the one thing Stanley can't seem to do — not here, for sure, and not throughout the series of encounters that define the film.

"I want you to close your eyes," she continues and, with that, the black screen goes light and we see Stanley, in and out of blur, negotiating trees and we can't tell: Is he hunter or hunted? In any case, he's not settled. This is not him at home in nature. The screen then turns a reddish orange as if we're looking at the cellular structure of life itself before the camera pans back to reveal it's a flower's pistil — this seething, surging virility of life and a far cry from Stanley at the moment. But the camera is shaky. Like Stanley, we're unsure and yet can see the beauty of life, if only we could hold it in our gaze.

Stanley, we'll learn, is never at home. After being released from an institution, presumably for a psychiatric episode, he returns to his apartment to find he's been locked out, a note attached to his padlocked door reads, "I know you're sick, but you violated our agreement."

Of course he has. Stanley has no real connection to the social world, to friends and family, to the order of things. When he is being released from the clinic, he's handed his phone and immediately tries to make connection and, as he listens to a voicemail from a woman who sounds concerned but distant, the nurse asks, "You got someone coming to pick you up, hun?" That is the question for Stanley that the film at once asks and answers with a decided No, at least not in any any way that matters.

We learn that something happened, some kind of break, that ended with Stanley being arrested and institutionalized. In what may be flashbacks or memories, we see him running frantically towards water — the Bay or lake — where he strips to his underwear and looks about madly, lost. This is not a maniacal episode in which he's too certain of himself. This is a break, a loss of identity, of that scaffold that lets us carry on with our lives.

His return to the social upon his release doesn't fare well. The man who does indeed pick him up — a former teacher? an uncle? — is concerned but detached. "Do nothing," he tells Stanley before driving off. After Stanley enters his apartment to find his room padlocked, he goes to a café where what seems to be his girlfriend works. She, too, is concerned — but annoyed above all. Their connection is tenuous at best. Utterly at a lost amid the social, Stanley lunges over the counter for a kiss. She is horrified. "Oh god, Stan....no...Jesus...no. What was that?" "I don't know," he replies.

His lack of social connection is devastating.  All Stanley wants is connection. To feel at home. But everywhere he turns, he's met with the ornaments of care, with frustration, with cliché. He can't get what he wants. And he doesn't seem capable of asking for it. The title resounds in this absence: I wish you would love me, kiss me, hold me, care for me.

Walking from a cemetery after drinking his Pabst, he finally has an encounter that feels real: he's mugged at gun point. After the mugger takes his phone — Stanley's last vestige of connection — the mugger demands Stanley's wallet. Which, alas, he doesn't have. This provokes the mugger and, in turn, Stanley grabs the gun and puts it to his forehead, muttering with intensity, "I wish you would." That is all he can ask for: death.

After having his phone stolen, he proceeds to Oakland's great Grand Lake Cinema. His friend, the manager, greets him — but, once again, Stanley meets nothing but condescension, the facade of care. "You been drinking?" his supposed friend asks smelling the beer on Stanley, nothing but judgement in his voice. Stanley tells him he's been robbed. Call the police, his friend tells him. Why? wonders Stanley. His friend responds as if Stanley's an idiot, "To catch the person who robbed you. That's what cops do. They catch people who commit crimes."

This long exchange with the theater manager is a difficult scene to watch. The gap between these two friends is infinite and they both know it. But what makes it worse is the manager plays friend to a t — except he won't let Stanley stay with him. He offers platitudes instead. "You can't drink," he tells Stanley. "Has she [your therapist] said anything about taking it one day at a time?" To which Stanley replies, "They all do." Cliché is not care. Cliché, as Stanley knows too well, is a living death.

But the manager does unwittingly provide Stanley the help he need: he lets him into an auditorium to watch a film. We don't learn which one because it doesn't matter. What matters is cinema which is premised on being alone in the dark in order to be fully sated.

This is Stanley's salvation. The camera stays on him as he watches the unnamed film and, for the first and only time, we see him relax, smile, breathe. It made me think of "Hannah and Her Sisters" when Woody Allen, after his botched suicide attempt, wanders the streets of New York until he finds himself in a movie theater watching the Marx Brothers and, watching the absurdity on screen, finds peace.

But, for Stanley, it's not what's on screen that matters: it's the screen itself. It's cinema itself. It's cinema seeing; it's kino-eye. A camera is beautifully, refreshingly stupid. It offers a seeing and act of being seen that is infinitely generous, free of any judgement or even the possibility of judgement. Where Stanley's friends see and judge in the same gesture, the camera only sees — and lets you see in your solitude. In fact, it's a very condition of cinema: solitude and darkness.

Through the film, we see Stanley meditate. These meditations are not the stillness we associate with meditation. For Stanley, meditation is a movie. But not a narrative movie; not a story. His meditations are films of the kino-eye — no judgement, no categorization, just a wash of affect, ambience, even if there's dread involved now and again. For Stanley, salvation is not through other people. It's through cinema; it's through a seeing that is free of what Nietzsche would call the all too human. This is salvation through kino-eye, through cinema-seeing. 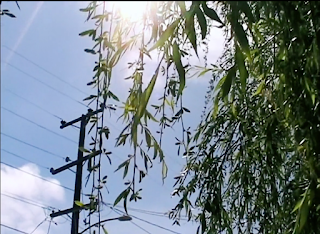 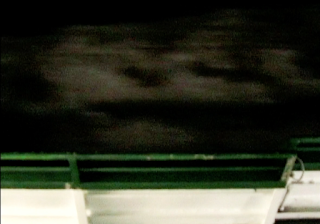 "I Wish You Would" is a beautiful, moving film of alienation made by a noted film writer turned filmmaker. It made me think of Barry Jenkins' "Moonlight" — Barry happens to be a producer of "I Wish You Would" — and its portrayal of vulnerability. And this film, if nothing else, is a portrait of vulnerability. But whereas the character in "Moonlight" is saved by the touch of another man, Stanley is saved by cinema — by a camera that doesn't mind if he drifts out of frame, a camera that's always on and welcomes him back just as he is, drunk and lost or not.

And such, precisely, is this film: it's a performative salvation. Here, and perhaps here alone, Stanley is loved by a camera that, even if he drifts out of frame, will welcome him back, no questions asked. And even bathe him in sunlight.