Pithy Takes on Some Philosophers

At the urging of someone I trust, I am beginning to publish on Medium which, alas, is much more reader-friendly: See here >

I love the word pith. I also love the experience of pith—brief and dense. I almost wrote quick but pith is often slow, even if short. No doubt, for each of these entries, one could write something else entirely. I don't ever want to be definitive; I want to be exploratory, inviting, proliferating.

These are my takes today, meant to be descriptive rather than poetic, performative, or provocatively interpretive. I do this as an exercise: quickly, how pithy can I be? What do I choose to mention? Perhaps this is more about me than these philosophers but I'm sharing nonetheless.

Friedrich Nietzsche: The great philosopher of joy! A radical affirmation of this life. There is nothing outside of life to ground us—no god, no morality, no truth, nothing that is not in flux. And yet, when freed from the prison of morality, there is nevertheless ethics: Be healthy! (Which, in turn, demands all kinds of things such as discipline.) So stop being so righteous. And stop seeking a way out—religion, truth, morality, ego are all nihilistic. The so-called great questions of philosophy—what is truth? what is good?—are nihilistic. The questions are: What do you eat? Where do you live? How do you recreate? The formula for greatness, he says, is amor fati: don't just accept your life, love it—everything about it. 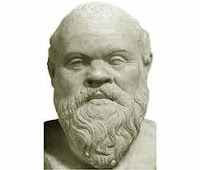 Socrates: Everything in this mortal world gives way before the sublimity of the divine. Anyone who thinks she knows the truth is full of it—it being delusion and/or hubris. So Socrates asks them questions until they admit they know nothing—or they get so annoyed, they walk away. (The real Socratic method is not a way to know but a way not to know!) Which is why he's always ironic: as a mortal, he must speak its language but when he does, he erases what he just said, pointing to the divine. They killed him for being a nudge.

Postmodernism: A whole bunch of writers who try to make sense of life when sense is not guaranteed as nothing is fixed and sure, nothing is outside this world. The question that all postmodernism asks is: If everything is, in fact, flux—if there is no center—how do we make claims, know things, have form? Of course, "postmodern" is a category that wants to be outside its insistence on on difference, grouping wildly disparate thinkers together. Postmodern, as a category, undoes itself. 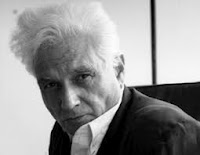 Jacques Derrida: Which brings me to Derrida: every claim to know the world, to say this is this, enacts its own undoing because everything bleeds. Everything is what Derrida calls intertextual. Think of it this way: to define a word in a dictionary demands you look up other words that demand you look up other words ad infinitum. You never land at a final meaning that is not dependent on other words. Derrida calls this movement, this operation, différance—the deferral of meaning through the internal difference of meaning. To read for différance, for the way a text undoes itself, is what he calls deconstruction. 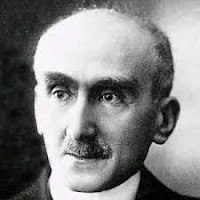 Henri Bergson: The whole problem with the history of philosophy and thought, including science and math, is that it begins with the assumption that time is added to space. This leads us into creating what Bergson calls false problems. But time is not added to the world; it is constitutive of matter. As he likes to say, the world endures—by which he means it's temporal. And hence always changing and ever novel. Motion is not a series of points added up; it is its own action, to be understood on its own terms. While this creative evolution resists a general theory of knowing, there is a method to understand things, to inhabit their difference, their duration: he calls it intuition. Intuition, not intellect, is how we enter into the world of other things.

Søren Kierkegaard: In almost all of his writing, Kierkegaard used pseudonyms, creating a situation for each book—a perspective. Because, above all, we are individuals! And we all stand before a world that is both finite and infinite. As individuals, we can consume the finite world immediately, wantonly, as an aesthetic. Or we can have our experience of the finite mediated by social ethics. Or we can give up the finite as best we can and surrender to infinity as we recuse ourselves from this social world—taking refuge in a monastery, perhaps. But the highest goal we can achieve is to walk in the infinite and the finite at the same time: with each step, what Kierkegaard calls the Knight of Faith, walks into the infinite and back to the finite, over and over. This Knight of Faith lives in the finite social world—job, kids, friends—while having an immediate, delirious, and insane relationship to the infinite. (To wit, Kierkegaard's example is Abraham: he marches his kid up the mountain to kill him and, afterwards, lives in the social as a father and husband.)

Michel Foucault: Power is not only prohibition—you can't do this or that. Power is also, and primarily, productive: we are created, and create ourselves, within limits that constrain what we can think, say, and do. Foucault calls this discourse. A discourse is the field of what can be said and thought, of what is true and what is not; it's the arrangement and distribution of words, thoughts, and bodies. He looks at the history of certain discourses that most believe to be ahistorical—sexuality, madness, punishment—and discovers how these discourses operate across time, how they work to define, limit, and distribute our words, thoughts, and bodies: how they create us and, in so doing, control us. 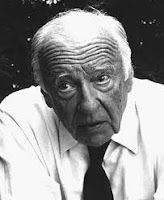 Hans-Georg Gadamer: We are all of the same stuff—history. So while we might be different to each other—speak different languages, have different beliefs—we are all necessarily connected by the mere fact that we are all of history. And so rather than communication necessarily failing, as Derrida might have it, communication is necessarily successful, even if going astray from things like intent or the seamless relay of information. This hermeneutics, the school Gadamer is associated with, is rather sweet, if I may say so.

Gilles Deleuze: The great thinker of difference: each text, for Deleuze, is a new terrain with its own logic and modes of operating. When he reads Spinoza, Leibniz, Foucault, Bergson—or grass, animals, Moby Dick—he discovers different worlds at work. And yet these worlds are not solipsistic; they intertwine, overlap, pick up pieces of each other, carrying them in new directions. Deleuze gives us a vision of the world as decentered yet immanently ordered—with an order that is never fixed or secretive or underlying but that is always emerging.

Gilles Deleuze & Félix Guattari: This is a two-headed beast proliferating concepts to infinity. The world teeters on the edge of chaos but, usually, remains formed even as these forms give way, merge, dissipate in a relentless operation of what they call territorializaton, deterritorialization, and reterritorialization. Things don't function like trees with roots and branches; they are rhizomes—roots everywhere! Whereas Derrida shies away from conceptst o avoid the pitfalls of metaphysics—sticking something in place—Deleuze and Guattari go the other way: they proliferate concepts to infinity. 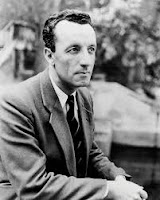 Maurice Merleau-Ponty: We are all of this world, stuff going with stuff. To know the world is not to stand apart from it (as a certain scientific method proffers) but to be immersed in it, of it, with it. Perception is not a matter of subject and object but happens in-between: as we see the world, the world sees us. To touch the world is to be touched by the world. Identity and knowing are what he calls chiasmatic as self-other, perceiver-perceived, and subject-object are always already intertwined, swapping places at infinite speed.