On Kink and Enjoyment, Social and Private

A caveat: this is a true essay, a try, a reaching with words that comes from my ongoing interest in the question of enjoyment, especially within capitalism. What is the relationship between what I enjoy and what I am produced, induced, programmed to enjoy? What is the relationship between social and private enjoyment? Kink is not something I've thought a lot about but seems to operate within this odd, blurry space between the social and private and so got my attention. All of which is to say, I'm not sure at all about kink; these are just some thoughts. There are smarter people who've thought more about it. I welcome their input. 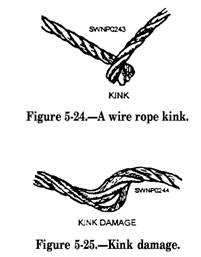 Kink is a discontinuous, though perhaps contiguous, moment within a trajectory. It's a veer, an inflection point, a point of differentiation. The rope is hanging there but at some juncture it doesn't just hang there. It does something different — turns abruptly, frays a bit only to reconstitute itself, knots and continues, bends in a different direction.

And not just because of how the rope is lying. A kink is concerted, distinctive, differentiated from the series. You can't just shake the kink out to make the rope straight again. A kink, alas, is more determined than a wrinkle. A kink is constitutive, not an accident. A kink may be the thing that breaks the series of a body, interrupts the series, or introduces a new series — or some combination thereof.

Kink doesn't just pass, even if it's temporary. After a lifetime of never paying them much mind, you may suddenly enjoy feet immensely only to find, after some time, that feet have returned to their previous status. And yet there will always be some shadow of those feet, a ghost of those soles, a wiggle of those toes wisping about your sense of the world. Such is kink: it doesn't just make an impression on you; it is an impression on you, of you, with you.

Of course, what is normal? Why would anyone write a narrative about themselves in which they — yes, I've adopted the pluralization of third person to avoid the he/her awkwardness; for me, this is as aesthetic as it is political; mind you, sometimes I still use the singular but hopefully in ways that are a swerve from the norm; in my book, I usually refer to "the reader" as a she, but not always — anyway, why would anyone ever call themselves normal?

Then again, we are fundamentally social creatures (pace Aristotle not to mention Althusser). We make sense of ourselves within the social body and so there is always some normal we are negotiating even if we quietly reject it. This neither good nor bad; it is what we do, necessarily.

All of this is to say a lot of things but, for now, it's to say that kink is relative. It's a moment, albeit a resonant and I dare say ontological moment, within a trajectory that is different from the rest of that trajectory. In one of my favorite books with one of my favorite titles, On the Nature of Things, Lucretius (somewhat) famously writes:

When atoms move straight down through the void by their own weight, they deflect a bit in space at a quite uncertain time and in uncertain places, just enough that you could say that their motion has changed. But if they were not in the habit of swerving, they would all fall straight down through the depths of the void, like drops of rain, and no collision would occur, nor would any blow be produced among the atoms. In that case, nature would never have produced anything.

Lucretius calls this swerve, this shift in direction, this deviation from the same-old-same-old — this kink — clinamen. I love that clinamen is at once a term of geometry — the grades of a slope, of an incline — and of being in the world, as in having an inclination for, say, running or tequila. Kink, for me, is just such a swerve; it's clinamen.

Bodies are not all the same, even to ourselves. And they are not solely determined by an external force, a nudge from god or God or the wind. Nor are bodies hermetic and solely self-determining. No, bodies have tendencies —  I go for tequila, you go for a run, she loves mountains, he loves deserts. Why? Well, there is no final explanation. Sure, we can trace our respective body chemistries and upbringing by way of explanation but that only begs the question. As Nietzsche writes in "On Truth and Lies," all knowledge is tautological. Clinamen is beautiful in that it is its own final term: like all bodies, I go as I go and, at some point, there nothing else to say by way of explanation. We are these emergent forms in motion, ever in flux and yet bound, pushed and pulled by what's around us according to invisible magnetic, gravitational forces. We are all falling only to swerve here and there and thereby make the world.

Now, we generally define sexual kink as a swerve from the social norm — most people, we believe, don't bite each other. So if I bite, I'm kinky. Kink as a social term is helpful and clear. It's quantitative: most people do X so if you do Y, you're kinky by definition. It's a way, however reductive, to make sense of each other and ourselves vis-à-vis the social body.

But what does kink mean in my relationship to myself, to this body and how it goes? If all I do is bite — biting this, biting that —  then wouldn't kissing be the clinamen, the kink in the trajectory that is me?

Now, if I'm a rope, a kink comes from some way I've made my way through the world. But as a human body who desires and does certain things for my pleasure, whence my kink(s)? What makes us say doing this or that is kinky and not just something we've done? That is to say, like the rope that suddenly finds itself kinked, I might bite or be bitten due to some way of going: I met a woman, we ended up at her place, we start fooling around and, just like that, she bites me. I can certainly say that is kinky in relationship to my usual sexual experiences and, perhaps, to the social norm (but everyone has a different social, right? We're not all subject to USA Today's polls). But these bites are not a clinamen, not a swerve in how I'm falling through space. At this point, these nibbles are a wrinkle, not a kink.

But, at some point, something changes. I now think about biting and being bitten. I dream of that sensation of teeth meeting flesh — not just fingers, cock, or tongue but the porcelain rigidity of teeth. I begin seeking it out and performing it. It is now not just a desire; it's an enjoyment.

What I've always loved about the word "enjoy" is that it is at once an indifferent performance of an action — to enjoy a piece of tofu can mean simply to eat a piece of tofu— and a declaration of an inclination: I enjoy eating tofu. Kink operates at this intersection only it is not just something I do and something I enjoy doing: it is something that distinguishes itself within my trajectory, something that pops.

But what marks discontinuity with myself? Well, I suppose it's a matter of behavior: I've never bitten someone's thigh before! It's a new thing I do. But what makes it stick, what makes it sing out — what makes it a kink and not a wrinkle — is that I enjoy it. It is something I want to do, yes; but, more, it is something that resonates through me, as me, something that makes me swerve. If a wrinkle is an accident, localized and passing, kink is thorough: it pervades the body. It's not just a matter of, Well, that feels good. It's  matter of: Holy fuck! Yes! That!

And yet isn't that all resonant satisfaction — namely, that it's a Holy fuck! Yes! That!? What makes kink — in this case, mutual flesh nibbling or, perhaps, voracious consumption of flesh — different from other resonant experiences of sexual behavior?

If I take deep, thorough, resonant enjoyment in getting a hand job — or in kissing, in soft core pin-up pictures, in holding hands — what makes this more or less kinky than taking a deep, bloody bite out of a thigh? Sure, socially they are different. But from the perspective of my body, my trajectory, what is the difference? What marks the clinamen other than the resonant pleasure — which is to say, the enjoyment?

I wonder, then, if enjoyment is in fact the source of the swerve, of the clinamen. No doubt, there seem to be things other than enjoyment that inflect a trajectory. To wit, if I think about the defining curves of my trajectory, I'd say: my father abandoning me; my mother re-marrying; moving from the way Upper West Side of Manhattan to Westchester; having a kid; getting divorced; the death of my sister. On the other hand, I've enjoyed all these things in the sense that I've lived through them. They've not just resonated through me, they've resonated as me. They've all shifted my trajectory or, better, they've created my trajectory, the kinks in the trajectory that is me.

And so what is kink — not in the social sense which is, alas, really an arithmetic equation but in the personal sense, in the story we tell ourselves?  I wonder if it has less to do with some general sense of the odd or different than in the distinctive experience of enjoyment, those resonant experiences that stand out from the fray of it all? And so what defines kink for me would be: What gets you all nutty worked up, so worked up that you're a little bit different that you just were? What stirs you unto the cosmos? What makes your rope bend, twist, and head off in a distinctive direction, even if only for a few moments?
By Daniel Coffeen at May 14, 2018