When I was a kid, I couldn't understand why the opposite of hot was cold. Why wasn't it, say, door? Or chocolate pudding? Or farts (I was 8 years old, after all)?

Cold, it seemed to me, was not that different from hot. After all, it's still a temperature; it's in the same general field as hot. Door, on the other hand, has very little to do with hot — although I suppose a door can be seen as a way to control the heat of a room. Chocolate pudding really has nothing to do with hot — although, I suppose, said pudding begins with heat. Farts? Well, farts are warm and I guess they can be hot!

Concepts, words, experiences: they have tendrils that wind this way and that. We live in networks, lines crisscrossing every which way as doors, chocolate pudding, and farts all find hot and cold in different ways, from different directions.

Anyway, what I'd stumbled on was the logic of opposition as distinct from the logic of difference. Cold is the opposite of hot. What confused me was that I believed that opposite meant different when, in fact, opposite means a form of likeness. Hot and cold occupy the same spectrum, namely, temperature. They are matters of degree within the same field. What separates them is quantity, not quality (even though hot and cold are radically different qualitative experiences).

Hot and cold are opposites. Hot and chocolate pudding are different. Opposition is a form of sameness; difference marks a point of distinction, of independence — although that independence is necessarily relational. Cold and hot are forever locked in the same architecture, two ends of the same line. Their fate is wound up, bound up, with each other. They move together.

Think of the so-called rebellious teen. She gets a tattoo because her parents told her not to. This teen's decision is still determined by that parental prohibition. It's not that different than obeying her parents and not getting the tattoo.

Difference, while relational, is emergent and ever in flux. Unlike hot and cold which are forever locked in the same relationship, door's relationship to hot changes based on circumstance.

And difference is autopoietic, self-determining. I, this body here, wants a tattoo. What my parents say may not be irrelevant but it does not determine my decision. If I get the tattoo because my parents said no, it'd structurally be the same as not getting the tattoo because my parents said so. I just want this tattoo. That decision differentiates itself from the social field, from the play of child and parent, from the pressure of friends. It is self-determining, even if not hermetic.

To eliminate the duality of opposition is not to erase boundaries all together. On the contrary, it is to introduce boundaries everywhere, marks of distinction everywhere as bodies are perpetually differentiating themselves from each other.

Take a toe. There's a toenail, the toe itself — whatever that is —, a foot, a leg. What distinguishes one from the other? We can draw boundaries here or there, here and there, in order to distribute the body into its multiplicity. A toe differentiates itself from the foot just as the toenail differentiates itself from the toe. The distinction might bleed but it still holds: there is a point at which the toenail is clearly not the toe, the toe not the foot, the foot not the leg. Which is all to say that the logic of either/or, if the absolute limit, doesn't disappear; it's that these limits are in flux. There are limits everywhere only they're moving depending on perspective and circumstance.

There are all kinds of ways two things can be related, all kinds of ways any two things can be different from each other. There is, for instance, the double helix. This is an odd one in that the two strands never touch, never cross, and yet are fundamentally intertwined. The double helix is sort of like an oppositional duality only in flux with an odd kind of tension in which the strands always seem reaching for each other. 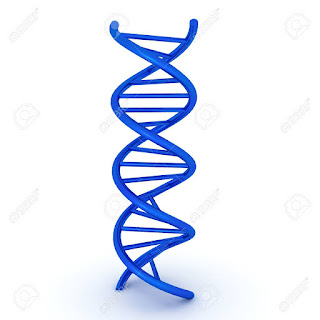 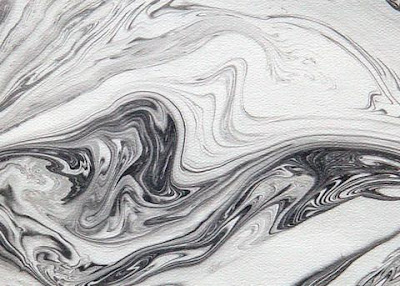 Then there's the knot which is wildly multiple. So many different kinds of knots! Hot and spice form a kind of knot, I think, rather than a double helix or marbling. 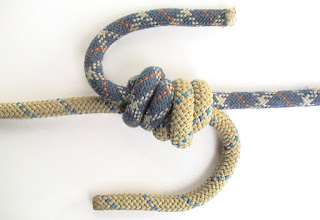 There are any number of ways things might stand together with their difference. I think of gardens and tulips in particular. Each stands alone and yet they go together in a common gesture. But unlike marbling or knots, they don't need to; each tulip is just as content to stand alone as it is to bloom together. I want to call this tuliping. 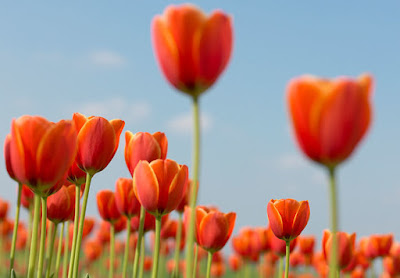 Tuliping is quite differing from zooing. Zoos bring together radically discrepant things — lemurs, leopards, lamb — each within an environment in which it thrives. A zoo is like a book of cosmologies, a universe of universes. 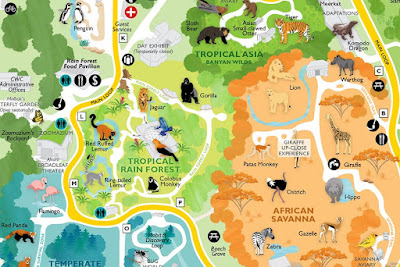 What's the point of all this — these knots, tulips, and zoos, this marbling, this helix? Well, think about a duality such as good/evil, a figure that still dominates our storytelling in films as well as in our culture at large. Clearly, people and actions are never just good or evil. They are a nexus, a set of relations between and among forces, effects, affects, and ideas. Just because we say that good and evil are not opposed doens't mean we erase the difference between them. Rather, we suggest there are so many different ways they can relate to each other beyond duality, so many ways to architect their difference.

Mind/body is, of course, another common duality. I go to the gym for my body. I meditate for my mind. But anyone who's thought about either of these things knows that the gym is not just for the body and meditation is not just for the mind. To ignore the role of the mind in the gym is to ignore an essential part of your make up. I don't work out but it seems to me that working out while watching television is quite different than working out while meditating on and with your muscles, your breath, your heart. And meditation that only focuses on not focusing on one's thoughts misses all the teachings and sensations of the body.

You are as much mind as body — and yet the two are not the same. In fact, their relationship changes depending on one's actions. In sex, for me, they marble; in exercise, they tulip. Duality and opposition locks things into a fixed architecture. But life happens in the relationships that emerge in the motion of existence.

Kierkegaard, the 19th century Danish philosopher, was obsessed with identifying a position of difference within Hegel's dialectical System. Hegel was the dominant philosopher of the 19th century who offered what he called the System: everything is a position that inevitably fails and gives rise to its opposite. This is what propels bodies, propels history, propels life itself. He calls this the dialectic. This drove Kierkegaard nuts. He longed for a position free of the System, free of the dialectic, free of opposition. The self, he said, is a point of irreducible difference. Here am I, says Abraham.

Ok, so that's an esoteric aside. But the thing I'd like to take away from Kierkegaard is that duality and its logic of opposition shut down life by creating one set architecture of sameness. But the self — and I'd suggest all forms, all bodies — emerges as the relationships between and among all our different elements. We are our ever-shifting terms of difference.
By Daniel Coffeen at May 23, 2018