Life's Too Short: In Memoriam of Felipe Gutterriez & in Honor of Mentors


I wasn't going to share this as it seems so personal. But two things occurred to me: One, many of my former students were also students of his. And two, and perhaps more importantly, I want to introduce the figure of the mentor into our vocabulary, our discourse, our thinking. For it is an all too rare yet profound experience.

The fact is as we've privileged "democracy" so much, the whiff of hierarchy seems distasteful. And with this shift, the very possibility of the mentor has been moved to the shadows — if not all together eliminated.

I had good, even great, teachers in high school and college. I learned to write solid, lucid expository, critical essays in high school from the great Chuck Aschman. In college, I learned Foucault from the brilliant Peter Stallybrass and his TA, Gerry O; and Gadamer from the generous brilliance of Stephen Dunning. But none were mentors; none heeded me and considered me and lead me this way or that. They gave me the goods — great goods, mind you — and were done.

When I first met Felipe at Cal, he did not imagine himself as anyone's mentor. It was his first year as a professor having just finished his doctorate in that very program. So I imagine he saw himself as a friend, a cohort. But I didn't give up as I knew he had things to offer me — his calm yet wry disposition; his quick, hyper articulate mind; his breadth of knowledge all enticed me.

And, eventually, he'd become my mentor — offering me advice and suggestions without my asking, steering me actively towards texts, ideas, and opportunities. As we both got older, he became more paternal towards me. After not having talked to him in ages, I was fortunate to reconnect with him over a series of decadent dinners where I was sure to nestle up beside him to bask in his wisdom, insight, and generosity — and to eek out more from my mentor — more consideration, more attention, more love. I was, and remain, hungry for it.

Mind you: it's not that he'd tell me what to do, like a stern parent. It's that he'd participate in my thinking, seeing where it might lead, how it might go. He'd not command me so as to shut me down. On the contrary, he leaned into my thinking to open it up.

The fact is: I was reborn via Felipe. I came to grad school so cocky, so sure of myself. And, for years, I sailed by like that. Slowly but surely, though, he led me to understand that I in fact did not understand, that my thinking was too closed — and my certainty too self-oppressive. He introduced me to autopoiesis and Deleuze and my life changed so radically. Meanwhile, for others, he introduced Stanley Cavell. But not me. Sure, I like Cavell. But Felipe knew what I needed and it was Deleuze. And by the time I was done with my formal education with him, I was no longer the same person. I was better — less cocky, more open, more generous, more playful. I am the thinker, reader, writer, and person I am today thanks to Felipe.

I know many of my former students and I wrestle this. They can't decide if I'm their friend or teacher; we both act like both. And I am surely to blame as I've always bled that line, acting chummy and intimate in a way one would not imagine a mentor to act. But as I've gotten older, I've become more comfortable with offering my two sense (yes, I know it's cents) without qualifying it with, "Well, in my opinion...."

But I fear I'm not very good at it. I like to imagine I'm a great teacher. I can get people excited about ideas and texts and explain them well. But as a mentor, I've fallen short. I too easily lean into friendship as, frankly, I don't see myself as wise, as insightful, as being worthy of the mentor status. But I'm trying. And I have Felipe to thank for it for he was everything a mentor can be.

I love him dearly; I miss him intensley; and I am so very grateful to him, in perpetuity.
By Daniel Coffeen at August 20, 2020

On the Terrible Tryanny of School

This picture is horrific to me and says so much about school: line them up! Make them sit, like little prisoners, while we harass and haran... 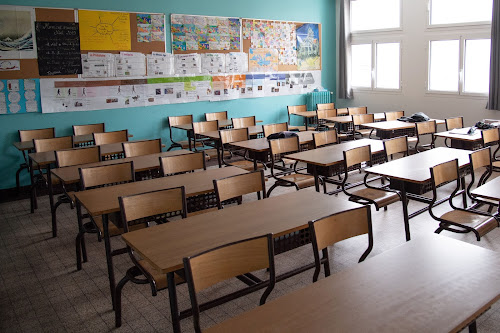