The Bare Essentials for My Political Participation 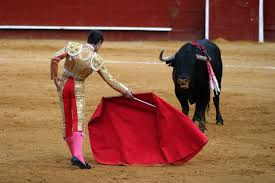 I shy away from discussing politics. Discourse is so predetermined, so overdetermined, that I find it impossible to say what I think. There's no way into the conversation except along prefigured words and ideas. So the moment words leave my mouth, I am already slotted into this position or that. Besides this being at once horrifying and exhausting, it usually gets me into trouble. People get really angry very quickly about these things! It's an unpleasant experience.

(I'll never understand how people let the media — that is to say, politics as well as, say, sports — infiltrate their most private selves. It seems to me that I can care about other people but not harbor angst and dread about them as I go to sleep. But maybe that's because I enjoy angst and dread of another sort as I go to sleep — and all we want, in our weakness, is a bit of angst and dread to make us feel like we're alive. Which is ironic as those are the very things that kill us. Anyway, angst about Trump or angst about the infinite drift of the cosmos is still just angst. Angst is angst is angst.)

My usual response when I find myself hurled into what we call a political discussion — a mercifully rare experience thanks to my careful curation of my life — is to casually bow out (much as I casually split my infinitives). Oh, I don't know anything about these things, I coyly offer. Well, this has not worked for me. It makes people suspicious and angry. Oy vey! Even silence is predetermined — as apathy, I suppose. At least I assume that's why people get so angry at me: they think I'm oblivious and entitled (which I may very well be but that's not what propels my silence).

So why am I so averse to what we call the political? Well, I have complex feelings about government and the nature and mechanics of power (I believe Foucault: power says yes more than it says no, creating selves, not just restricting action; as for the government, I lean towards socialism but am so suspicious of the armed corporate state that I am also an anarchist).

But, in any case, I do have opinions about how the state might function more or less in its present state. Which is to say, I do have what we call "political" opinions. But I cannot, and will not, participate in a political system that is so explicitly, determinedly, obscenely corrupt. WS Burroughs said that the political is the matador's red cape: it flashes and we charge into nothing. I share this belief.

In order for me to participate in the political, this is what I'd have to see. Without these things, the whole process is a charade meant to make us feel like we are doing something when, in fact, we are ushering in our own enslavement and demise. This, then, is my initial list of things I'd have to see to consider political participation.


I welcome critique and contributions as I will wholly and unabashedly admit that I know very little about such things. Of course, no one really cares about or wants my political participation. Anyway, with that, I tentatively hit publish.
By Daniel Coffeen at August 30, 2017

Isn't having a list of political preconditions you would need in order to participate already kind of participating?

I share your same, uh, will to recoil when faced with the political. But I'm not sure there's any alternative to the political, either. Like, isn't not participating a bit like being the quiet zen monk up on the mountain meditating all day, and participating is the zen monk mucking his way through daily life and making all kinds of compromises but still trying to be kind of zen about everything?

But also, the question of participation is probably moot, because I don't think anything we do makes much of a difference politically. Certainly not protests. And certainly not at the national level. Local politics, I feel more optimistic about. I think you'd like the SFMTrA, which is a guerilla bike safety group that installs makeshift bike safety infrastructure improvements in the middle of the night, then the real SFMTA takes them down, and SFMTrA puts them back up somewhere else.

Well, sure. But surely there's a difference between active participation — exchanging in debates, campaigning, offering opinions, trying to sway people your way — and not doing that, even if both are a kind of participation.

I wrote this because, well, I don't know why. I suppose because it poured out of me over roughly 30 minutes last night over my solo cocktail hour. And because I kept having this conversation during the election and it was frustrating and boring to me. So I write it here and I feel like I've done what I can.

And, yes yes: I love what you say abut SFMTrA. I always loved Critical Mass, too: fuck shit up! This is the anarchist in me. But it's also quite practical: be the change you want to be see and such and so on.

"political" Immigrant guy near me is trying to start a business (boxing gym). After six months the bags start falling from the ceiling due to regular wear. He hasn't the money or knowledge to do anything about it, so I show up with my truck and spend all night re-hanging everything properly. I refuse to let him pay me and he graciously accepts. His business has grown, and he now employs four young people. The gym is full of men, women, gay, straight, young, old, white, brown, black people six days a week. Was my help political?

"fuck shit up" But not too much, cause I need smooth safe roads to ride my carbon-fibre bike to my air-conditioned office.

"protest vs march" A protest is when you drive or take public transit on asphalt roads, wearing Gore-Tex in case of weather, (don't forget the sippy cups) to oppose an oil-pipeline in your backyard. A march is a moving protest, the movement creates the illusion that something is happening.

"calculus/I don't matter" In my late forties I managed to get through introductory calculus. 1/350,000 is a number so small that we just call it 0 and get on with something useful.

Sometimes the bull impales the matador!

DG: Good to see you here! And, oy, yes: discussion and marks on paper. I never understood its efficacy, either, even though in my teens I was quite adamant about such things. And, yes, I do think what you did is political but not because of the circumstances per se; I think it's political in the broader sense: you participated in the social good. Whatever that is. Your wisdom in these matters is appreciated. Thank you.

Jay Crewz:That's true: the bull sometimes gets the matador. But never with an 'x' in a box or a keen FB post. To get that matador takes something else, methinks.

Oh totally agree. There will always be another matador. A complete overhaul is that something else: A deconstructive revolution