Tracking Numbers: On Mail, Cash, and the End of Organizing 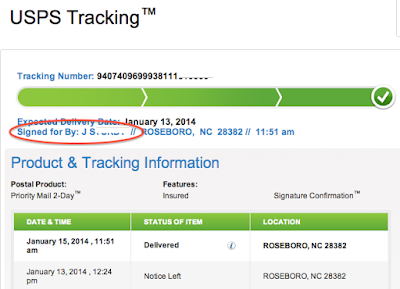 Mail and cash: these have been cornerstones of freedom from a certain gaze thanks to their anonymity. They allow us to exchange, organize, and communicate without the prying eyes of government or corporations.

Obviously, the move to eliminate cash form the world serves a two-fold ends: corporations get a way to make money on you spending money — which is insane. And the government gets to track every penny spent, who's buying what from whom.

Now it's the mail — which is, of course, being phased out, all in the name of efficiency. We prefer UPS and FedEx and Amazon drop shipping because they're more efficient than the public postal system. So we pay more than we used to in order to have ourselves tracked —as well as our stuff and who's receiving it from us. The corporations make money where they couldn't before as the post office was public. And the government gets to track the movement of every thing in this country: who's sending what to whom, everywhere and always.

There's no way to send something without people, whose interests are not mine, knowing about it. And not only do they not share my interests, they have an interest in me in a way I don't want people to have an interest in me: they want to track everything I do so they can a) figure out how to sell me more stuff, to make more money on my transactions; and b) to ensure I'm not organizing a revolt against the State. These are not healthy relationships!

Tracking numbers, sold to us as a convenience: it's hilarious — what Burroughs and PK Dick and Debord saw and knew so long ago, I just realized in its sublime clarity. I feel like a moron.

How can people organize modes of being that counter, or bypass, corporate and government interests? If every channel is monitored; if goods can't be exchanged; if all communication is tracked, then everything is always already controlled.