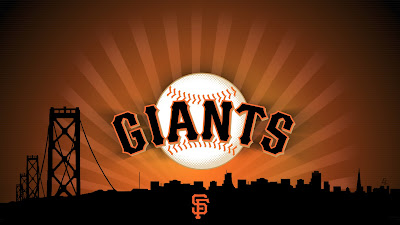 Many people in my world dismiss sports. Not me. Sports offer much — infinite variation within stipulated bounds (the rules stay the same and yet every game is different), extraordinary feats (how often do you see someone do that?!), expressions of intelligence that we rarely encounter (a well placed pass in basketball rivals the best of Kant), disturbing socio-racial labor issues (rich white owners making their money on predominantly black men who, often, destroy their bodies in the process). And a surprising vocabulary of concepts absent in our everyday lives. One such concept is momentum.

Oh, sport casters love to talk about momentum! This or that team now has the momentum, they declare. They even talk about a good loss — a team rebounds at the end of a losing effort (which is interesting. Are all losses the same? Are all foul balls the same? Quantitatively, yes; qualitatively, no. The best of sports live in the latter). The direction of momentum is discussed with much seriousness.

And I find this beautiful. How often do we witness public discussions of things as esoteric as momentum? What is momentum?

From one perspective, it makes no sense. Take baseball's San Francisco Giants this past year. The first half of the season, they were the best team in baseball; the second half of the season, they were the second worst team in baseball. This shows that it's not enough to point to talent or a lack thereof. These were the same players playing very differently.

And, in baseball, there's the team and then there's the players. That may sound obvious but in, say, football, the quarterback is really at the mercy of his linemen who protect him and the receivers who have to get open to catch the ball. Football is an intricate engine. In baseball, each at bat is individual: it's just the pitcher and the hitter. It shouldn't matter much who else is hitting (yes, it matters but I don't want to get too pedantic; this is not a discussion of baseball).

So how do we explain how it comes to be that an entire team, more or less, suddenly sucks — or, for that matter, is suddenly great?

Well, perhaps it's the wrong question. To even ask it is to assume that we are in fact individuals; that we are isolated and can control, of our own volition solely, how we go in the world (I'm talking ontology here, not ethics; the relationship between the two deserves more time and space). But that's a lot to assume. And after seeing a team do what the Giants did this year, it's hard to avoid the empirical evidence — namely, that we go together.

How could it be otherwise? Think about planets for a second. We accept without thinking that they act together — they orbit each other, they push and pull each other, they heat each other up, cool each other down; they speed up and slow down together.  The very way a thing goes in the world is enmeshed in the ways of other things.

And that's only focusing on the material aspects of bodies. Once we take into consideration the invisible world of affect and ideas and emotion, things get even more elaborately entwined with each other. Consider how a mood of your friend, lover, even a stranger can overtake you. You were feeling one way and, suddenly, you feel melancholy, depressed, happy, excited, anxious.

Mood — or, better, affect — exceeds us and entwines us. It is a series of flows, like sound or gravity perhaps, which run through us, as us, in us, with us. We partake of that mood together. And that mood is not an adornment of who we are; there is not first us and then our moods. No, moods and affect — I am using the two more or less interchangeably even though they are not the same — are constitutive of our very being, our becoming.

Mood is not ornament or adornment; mood is constitutional. After all, how can there be a body without mood? There is always already mood; we are all made of skin and bone and liver and ideas and ideology and blood and, yes, mood. Perhaps our blood is our "own" (this is debatable). But our moods are not. Moods are interpersonal; they run through the world, live in ideas, in bodies, in space; they are a force and a presence that make us and exceed us in the same gesture, forging an identity that is always an in-between, a not-I.

This I that mood makes is an interpersonal I. It happens between me and the world, me and you, making a me that is never finally a me. We all participate in this mood without becoming one; we become variations of these moods that run through us. 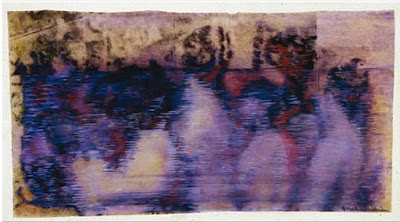 I am currently reading Bracha Ettinger's The Matrixial Borderspace — a sometimes difficult (due to psychoanalytic jargon) but exquisite, beautiful book (I thank the charming, brilliant Kat Mandeville for recommending it). In it, Ettinger proffers a shift from the phallus-castration complex to the womb (or matrixial)-borderline complex. That is, where Freud and Lacan construct desire as a lack that the phallus always seeks to fill — fucking the empty space, as it were — Ettinger gives us the womb, the matrix, as a different economy and distribution of presence, absence, identity, and desire.

The womb is an empty place that is not lacking but is a place where identities — mother and child — are always blurred: a borderline place. A place of co-creation. Ettinger posits a matrixial gaze as distinct from a phallic gaze. We all know that phallaic gaze: it's the gaze that owns with its look, that consumes, that fills, that possesses, that fucks. It's the gaze of domination as a way to compensate (for a castration anxiety). It's creepy.

Ah, but the matrixial gaze is another thing entirely. It's a looking in which the eye, like the womb, is a no-place that is always already filled with other things. After all, I can't see my own eye. The eye is akin to the womb in that way; it is a borderline place of what she calls the co-emerging I. I don't see as much as there is seeing, a seeing that is always and necessarily an in-between, creating "non-I prior to the I versus others" (as she writes).

The Taoists, and Douglas Harding, understand this: in place of our heads, there is the world. Where our heads should be, there's the world. But this is not to say that we become one with the world, that we are unified. It is that the world is here with me, as me, in me. I am a differentiated flow of the world's becoming that happens with the world, creating a non-I.

The very space of seeing is a space of interpersonal becoming. The very possibility of seeing, of perceiving in general, always already turns me inside out, in-between, an I that is a site of co-creation. It's not that I see the world and now I'm me. It's that I am always seeing the world and this very act of seeing makes me a non-I, a process of co-creation.

So back to the Giants and momentum. Of course teams become together. Of course their identities are co-mingled, co-created. How could it be otherwise?

Now, momentum is different than co-creation. It is a mode of co-creation, a physics of co-creation. After all, the scopic or percpetive field is not uniform. It has bends, turns, folds, shapes, speeds, intensities. As we are all co-making ourselves, we are carried along the trajectory of these fields that propel us this way or that. If we understand identity as an always-already co-emergent process, and the invisible world as shaped and tempered, then of course sports teams experience momentum.
By Daniel Coffeen at November 12, 2016

hey this was an intresting post, i can see why you havent been commenting back to me on facebook i see you are reading new books etc and dont have the time to talk about deleuze! thats ok