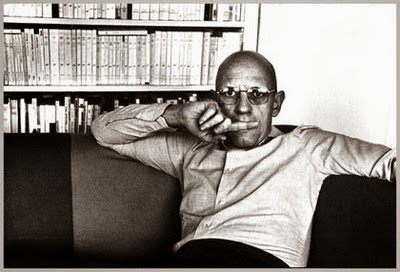 There are a lot of great things about this assignment. Mostly, it kept us writing. The papers weren't long so that was never the issue. There was no research to do. This let us focus on writing. There were no drafts, no rewrites. If you flummoxed one week, you had another chance the next week to get it right.

What was perhaps most impressive was that he handed the papers back the next day. And he had a lot of students. You could hand the paper in late — 10:00 — by sliding it in a bag hung from his front door (if you could figure out how to get in the building). But sure enough, the next day, voilà: there was your paper waiting for you in class. There would be very few comments, very few editorial notes. There was a grade and one summary comment that somehow always nailed it.

And then there was the paper I wrote on Oliver Twist. Now, to be honest, I hadn't read Oliver Twist. In fact, of the 40 books on the list, I read nine. This was more than most people read; Cliff Notes were the go-to strategy. But as I didn't enjoy reading Cliff Notes, this is what I'd do: I'd read two, five, twenty pages of a book; do the same for another; and then compare narrative strategies. I realized many years later that this was my initial rhetorical training. Anyway, I'd written this paper on Dickens' use of "the Jew" to describe Fagan. I argued that this wasn't the writer being anti-Semitic; it was the writer deploying anti-Semitism to reach his audience (c'mon! I was 16! That's good!). His comment: "This verges on intellectual excellence." I used that same comment, verbatim, when I taught undergrad comp ten years later.

Anyway, by year's end — after writing all those papers, getting immediate feedback, then moving on to the next —  I could write a clear, tight expository essay. This was one of the great gifts of my life and I am forever grateful to Mr. Ashman (RIP). But, at the time, I didn't know it. I was just banging out my papers (although I did want to earn his respect, his A: it was meaningful).

I got to college and was bored. I wasn't intellectually motivated at all. And while I could readily write a paper, I never thought of myself as a writer. It was not a conspicuous source of joy. And then, in the first class in a brand new quasi-department called "Cultural Studies," I read Michel Foucault's The History of Sexuality, vol 1. Holy moly! The combination of devastating critical insight that turned everything I knew on its head, humor, sweeping claims, and fluid prose melted me. I was in love.

I went to read more Foucault; then took a class on Derrida (this was 1990 and was the emergent craze); then a grad seminar on Gadamer. But it was all about Foucault. I had a crush. So I decided to write an honors thesis in my individualized major (called History of Consciousness, within the history department) on Foucault.

Suddenly, all my writing was this now-embarassing imitation of Foucault-cum-Derrida. I'd have cute parenthetical puns (i.e., "(Re)writing history, Foucault argues...). I'd make dramatic claims about the hegemony and despotism of "Western metaphysics." My undergrad thesis was a ridiculous gushing crush homage to M. Michel Foucault and his way of writing.

At the time, I wasn't conscious of imitating him. I was just writing in this way I had just learned was possible. Mr. Ashman, in high school, had taught me the basic structure of argument, how words met thought met essay. And then Foucault taught me this joy, this play, these reversals of expectation. It was exhilarating.

Sure, it was silly. My writing as a 21 year old was pretentious and goofy (it still is!). But the fact is that by imitating Foucault and Derrida, I was training my writing muscles to perform in new ways. By not just observing but enacting these writerly strategies — these rhythms of prose and argument — I internalized them, made them my own, until eventually Foucault became just another lick in my arsenal.

So, when I was a grad student and began teaching comp to undergrads, I had an assignment on imitation. We'd read Allen Ginsberg's "Howl" and, afterwards, they had to write something — anything — in that style. Sometimes, I'd do the same after we'd read Nietzsche. I didn't pursue this approach — what the ancient sophists called imitatio — aggressively enough. I'd make them do it once, maybe twice, but not enough to take on that writer's style.

But that was my goal. I wanted them to know in their minds as well as in their bodies that there were these dramatically other ways of writing. I wanted them to be inhabited with other modes just I'd been inhabited by Foucault. When you're possessed by another voice, it extends you, recasting your very constitution.

Through repetition, I learned structure and exposition. Through imitation, I learned a bag of tricks, tropes, turns of phrase, modes of argument from everyone — Foucault, Derrida, Deleuze, Nietzsche.

But it wasn't until I began to relax, to lean back a bit rather than forward, that I began really to enjoy writing. Up until relatively recently, my prose leaned towards the purple, the precious, and the pedantic. I'd literally lean into my keyboard, into the screen, the pen and the paper, in order to drive my points, wielding language like a weapon: Take that, reader! I look back and see it as basic insecurity: aggressive, pedantic writing as pre-emptive strike, bludgeoning my readers before they could retaliate.

I no longer want to drive my points. I don't care if I'm right. Rather than leaning into the keyboard, hitting the keys with punctuated certainty, I now lean back away from the keyboard and let language and ideas wash over me more sensually. Sure, I'll always tend towards the purple, the overwrought. A man is as he goes, after all. But I don't have to push points; I can let ideas take shape, take form, as they will without pedantry or didacticism.
By Daniel Coffeen at May 05, 2014

You describe a fundamontal point. In french, we say « assembler », to assimile. Like a sponge (you know the thing to clean the kitchen in which you put water), you got to take and give.

You describe a moment of a life, but, this is the main pont of someone who wants to create, observe like a ‘sponge’, let exterior energy gets into you, and see what t does when you want to put your own energy on the world. Colors, sounds, ideas, theories tryng to catch reality, drama situations, etc…

Personnaly my bang was Rimbaud, not Foucault. I have always difficulties to read Foucalt. I felt before reading it that he was sm, and I don’t feel confortable with that (while ‘precoce ejaculation of Rousseau never disturbed me, ‘lol’, if I may).

Rimabu is pure blow, pure energy, and with such a mastaery of form, and a liberty to let all the poetry at 22 years old. This point of Rimbaud bio, which is recently discussed is fascinating, because, poetry as hyper litterature found with this figure th figue of an hyper poet who practiced something like hyper literature, which is a lot for a teenager. His poetical work is the one of a teenager and of a very young man.

Pierre! I love this image of the sponge. I'm gonna shamelessly steal this from you. Well, I always give credit so fret not. But it's really perfect; I love what you write here.

And your take on Rimbaud as the positive side of ADHD is awesome.