The Life of Things


There are three pillows on my bed. Each has its own way of taking me on, taking me up — my weight, odor, oils. Every night is an elaborate negotiation of my needs, my desires, my body with the respective body of my three pillows. One refuses my advances nightly: it tosses my head to the side, as if turning from my kiss. One seems like it wants me but is unsure, awkward, confused — with the right prodding, it has been known to acquiesce. And the other is a welcome bedfellow, generous and welcoming, even if becoming fatigued at this stage of its life.

Some nights, comfort eludes me as my night becomes all turns and tussles. I know these pillows. Why, then, would I ever ignore their desires? Because, sometimes, I am so arrogant as to think: I am a human and they are mere pillows!

It's not just the pillows. My apartment is small. My office is at the foot of my bed — a small Ikea desk "made" from glue and crap; a monitor; a laptop blinking blue; papers and bills and notes in disarray. My work bags lay strewn about. There are books, clothes, scraps of all sorts everywhere. When I go to sleep, I am not alone: all these things whisper, scream, chatter as they will. It's a wonder I can get a wink of sleep.

And then there are the walls, the floor, the ceiling: this is an older house and it has seen some things. Or so it tells me.

This is not a metaphor. I am not anthropomorphizing these things. Everything speaks, literally, even if not in words.

It is a terrible mistake to assume the world of things is inanimate; that it is there for our use; that things only have power in as much as we imbue them; that, because we are human beings, we should be able to overcome the influence of things.

Things have their ways. They speak to us. They nudge us. Things live amongst us. Or, more properly put, we live amongst them.

When I look at something, at anything, that thing quite literally fills my body. To perceive is to be affected. It is silly to think that we have some soul, some being, that is free from the life of things, that is somehow better than, or disengaged with, the materiality of things. For god's sake, even Jesus pooped. As Henri Bergson might say, the distinction between human and thing is false. The brain is matter interacting with other matter. As a hand tenderly holds a ripe raspberry; as a thrown baseball shatters a window; as a flicker of fingers positions pixels, things move us — and we move them.

Such is the cosmos: stuff going with stuff. And I am a thing amongst things. Human beings are complex objects — although some of us are more complex than others. (While this is, I believe, the claim of a certain academic trend called Object-oriented Ontology, it seems to me like it's the Deleuzian phenomenology I studied and professed in the 90s. This is not a nudge at OOO, just an observation free of judgment. I swear! I am a fan of anything or anyone who professes this understanding of things and being — or becoming, as the case may be.)

Peter Stallybrass, my undergraduate mentor, has written on the way clothes bear our bodies, our memories, our selves. In his great essay, "Clothes, Mourning, and the Life of Things," he tells the story of giving a lecture while wearing the old sports coat of his deceased best friend, Allon White, when he was suddenly overcome with emotion. At first, he didn't know why. And then he realized it was the coat, that his friend was there with him, literally:

We all have this experience in one form of another. Think of the first time you enter the room of a lover. All those things! All those clothes! It's intoxicating. They are not just clothes, just things. No, they are totems, talismans, amulets of love, of desire — of life! They glimmer, they gleam, they emanate. (I, for one, will admit that I have things — say, a certain shirt of a certain woman — tucked away in my drawer, occasionally taken out and sullied by my over sized shnoz, each whiff conjuring a breadth of sensations equally erotic and emotional — not that the two are opposed. I only do it occasionally out of fear I'll sniff up all the goodness.)

This is not say that clothes and things are barren to begin with, that their lives only come from the impressions we make on them. Like people, things assume their characters in the act of living. And as we all know, clothes make an impression on us. When I wear certain clothes, I am a certain self. Clothes literally frame and shape me, socially and physically — my everyday jeans, my work jeans, my work slacks, my wedding pants: each situates me within a semiotic system just as each drapes my hips just so.

Everything is alive. Everything is animated. This is not say that everything participates in the same social contract or economy of money, desire, friendship. But everything endures in the Bergsonian sense of the word, distributing time and space in its own way.

Of course, the casual mass production of tchotchkes threatens the life of things. Think how different some enormous factory in China is than the artisan individually crafting your bowl, your furniture, your clothes, your food. A thing, like a person, is greatly constituted by its creation. But watching my eight year old son seize onto the cheapest, shittiest plastic toy, I know that the life of things is bigger than capitalism.  Any thing, every thing, is an assemblage point, a site of potential power.

Watch (almost) any kid. There will be something in his hand, something she holds onto — a straw, a stick, a toy train. Certain things will suddenly be repelled, rejected, tossed aside. Others will assume a greater position of privilege. Kids are often attuned to the life of things.

My boy still sleeps with the same thermal blue blanket that's been in his bed since he was born. When we travel, it comes on the plane, ensconced in his grip as he concertedly but absent mindedly rubs the material between his fingers. That blanket is not just a blanket: it is alive, and not only with the sublime number of germs it holds. It has the extraordinary power to comfort, to appease, to lull.

You may retort that the power is not in the blanket but is in the power he gives the blanket — a sublimation, a transference. To which I'd reply: Of course. But aren't all relationships to all things some form of sublimation, of transference, a hedging and redirecting of flows of desire? Why this blanket and not any of the other shmatas that were in his crib? These desires don't just flow anywhere, after all. They flow where they can, where they are welcome, where this is a resonance — like an attraction between any two people. Or, for that matter, between any two things such as a vase and the concrete floor — or a little boy and a blue thermal blanket.

I want to say that the cosmos swarms with life. But that's not right. The cosmos is life. Thinking otherwise only keeps me up all night.

I've written about things before:
We Are Things Among Things
For the Love of Things 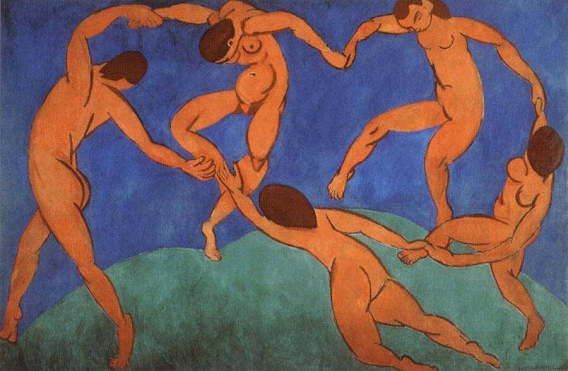