The Age of the Argument


Perhaps the least flattering frame in the video. Go figure.

An argument is not based on proof. In fact, arguments begin where proof leaves off. If there's proof, there's nothing to argue about! Arguments assemble data and the relations between all the data points. They slice and dice the world—inevitably ignoring most of the world—and create a little engine that makes sense. That's what arguments offer—not certainty, not proof, not truth, but sense.

Sense is a local shape of things, a way things can hang together. It is a nebulous form but a form nonetheless.

Arguments don't lack certainty. They're just not interested in it as certainty is impossible (in this case). It's not that we're uncertain; it's that we're a-certainty.

So how do we make decisions without a ground? That's part 2! Hold tight!

Making Decisions in the Age of the Argument (video and audio)

Or audio, if you prefer: In Part 1 (see below), I proffer the conditions of the contemporary moment, what I'm calling the Age ... 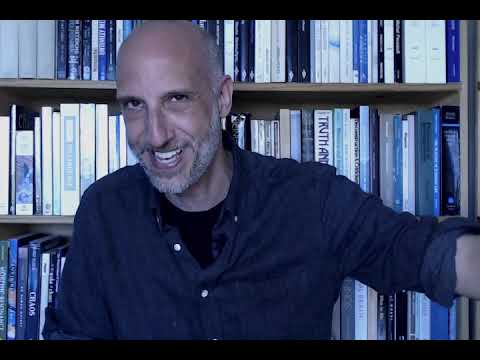