To Be Afraid of Songs, or Art Projects a World We Enter


Preface
A former girlfriend — who I hope is reading this: Hi! — always seemed so put off when I'd say this or that song scared me, as if I were so meek that a mere song could instill fear in me! From that perspective, my fear does indeed seem unseemly. But meanwhile, I was put off by her put offness! How could she not ever be afraid of a song?

This essay, then, is a post facto explanation that opens onto the kinds of sense-making, the perceptive and interpretive architectures, that have always interested me. That is to say, how am I standing towards music that it can scare me while not only doesn't she share my reaction, it confounds and irritates her? How are we standing towards music, with what posture and what assumptions, that we have such different modes of reaction?

I clearly remember the first time I heard Ween. Sitting on a living room floor in San Francisco, my good friend put on his CD of "Guava" and the opening track, "Little Birdy," started playing. I can still feel the fear that pervaded me that day.

My mind yelled, muttered, queried: What is that? What is happening? That distorted drag on the rhythm as if the song itself is on codeine or mentally bereft — or living in a world with a fundamentally different sense of time and physical movement. And those baritone vocals: whoever is singing doesn't seem well at all. And then the vocals dramatically shift registers. Is that a different person? Or the same person in a different mood? In any case, the vocals are suddenly a kind of demented, childlike giddy that begins to give way, as if this new person can't go on singing this simple melody. And yet he's laughing! Meanwhile, the lyrics are so sweet — perhaps too sweet: I saw the little birdy sing / He sang with glee and everything / He sang for spring, and sang for me / And everything was so happy.... Rather than this tempering my fear of this drug addled drawl of shifting, collapsing identity, it only magnified my anxiety.

This was not weird people singing a crazy song. No, the song was normal, too normal, while the delivery was all slurry and askew. It's a Lynchian affect, and effect, as everyday signifiers are suddenly imbued with the weird — as your most benign signs circulate in an utterly distinct, alien economy of meaning.

David Lynch makes the most terrifying films — not because they're strange but because they promise an entirely new world order lurking within our own. And this world order will always be unknowable and menacing to our way of going.

At first, it might seem as though my fear is of the monstrous, in my inability to categorize this music — its genre, I suppose. It eluded my ability to label it. Oh, that's just trip hop! That's folky prog rock! That's burner techno dance trance! Kant claims that such is the nature of anything beautiful: it can't be categorized, can't be known per se. And, sure, that could make me afraid as this thing comes to the fore, belying categorization: a monster.

But that wasn't the source of my angst (and I suddenly realize that I'm conflating fear, anxiety, and angst which are three different experiences, if at times overlapping; listening to this Ween song triggered all three in me). No, there was something else going on: this song proffered a world in which its way of going is the norm. This was so different from, say, punk which is clearly confrontational with an existing world order. Ween offered no such thing. There is nothing confrontational about it. On the contrary, it has a self contentment which is all the more disconcerting for being so, well, odd and seemingly ill, distressed, or loaded.

And yet this Ween was not so far off that I could just say: Oh, that's some foreign genre that I'll learn more about (or not). Complete otherness is reassuring in its way in as much as it's clearly not me. But "Little Birdy" is awful close to the music I know and love — rock-folk-pop-arty-indie — and yet so far from being something I can place.

Freud called this experience uncanny, unheimlich or unhomelike. It simultaneously sounds familiar and foreign. And this is disturbing: I reach for a foothold only to have it give way. Ghosts are uncanny: they're people yet not. If they were so different from us, we wouldn't give them a second thought. But because they seem kind of like us — only, you know, without blood and such — they're disorienting, disconcerting: uncanny.

Hence my fear: it's not that I couldn't place this music, that my own faculties failed. No, it was that this music was indeed knowable, even pedestrian — but in a thoroughly different world whose rules I had to learn and — and! — I couldn't tell if that was a world I wanted to be part of — or if I even could! Were I to participate in that world, in its set of values and aesthetics, what would become of me? How would I, how could I, operate there? Which me? What is my value, my meaning, my place in such a world?

But such is the way, and the power, of all art. It doesn't re-present the world; it's not a drawing, recording, or facsimili of the real. Art is the creation and projection of a world, a logic and science, a mode of ethics and identity, an entire economy of significance and meaning. There is not first the real world and then art: all there are are projections, mutations, repetitions, revisions, versions, edits, rewrites, mixes and remixes — all the way down.

Art can be more or less aggressive in its proffering of a different world. Most romcoms give us a world that we already know, a world in which our identities may not always be confirmed but the conceptions of our identities are. Mind you, I tend to feel more alienated and afraid watching such things as I think to myself: Do I have to participate in that world's values and meaning? I am, at best, a monster in any Jennifer Aniston movie; at worst, exiled all together, excluded from its line of sight: I become invisible, Arthur Fleck. 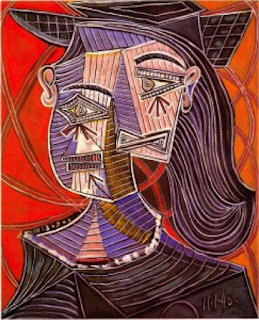 Most of what we call great art is indeed aggressive in forging a new world with an immanent logic. Consider Picasso's cubism: it operates with a different sense of dimensions in which the hidden is always revealed, splayed, and in which faces and bodies hence rarely align. His world is not the everyday world we operate in. I mean just look at that! We can say the same of Van Gogh for whom the ether is viscous; of Francis Bacon for whom flesh falls from the bone in a ghastly spotlight, over and over; of Warhol who removed the artist from the equation and put images themselves into circulation, transforming all of us from human beings into image beings.

Of course, we can stand sure and proud in our known world and let art come to us as we decide if it pleases us or doesn't, that egregious thumb up or thumbs down. This is art as confirmation of the known. And it's often how I do in fact interact with media as I am too tired, too bored, too distracted to care to give myself over to the new, the alien, the wondrous. And so I sit on my soiled couch in my pajamas and watch "Curb Your Enthusiasm" for the millionth time as it confirms my identity in the most comforting way. There is nothing wrong with that; it is part of survival. But it seems to me it is only one way — and a rather limited way — to stand towards art.

Rather than having art enter our world, we can enter its. We can give ourselves up to the art, become discoverers of new lands, laws, and logics. This no doubt puts us in the position of perhaps evacuating ourselves or transforming ourselves so that we are no longer who we once were. This certainly happened to me when I read Nietzsche: he didn't confirm me and my world. On the contrary, he remade me as I moved into his world, made sense according to his revaluation of all values, his criteria of judgement. I stopped asking if things were right and true and began asking: what does this do to me? To those around me? Does it serve my health, my vitality, my peace, my well being? I was a new me.

I am, however, not suggesting we become disciples or obedient citizens of these new lands. While I abandoned much of my old self to move into Nietzsche's world, I was also operating in the worlds of Derrida, Foucault, Kierkegaard, LSD. After all, we are multiple. And as a generous reader, I like to travel across different lands, sometimes — often — pilfering as I make my own world gathered from these other worlds.

In any case, I am interested in an architecture of sense-making that seeks difference and the strange, one in which subjects no longer simply view objects on the wall of their homes. I am interested in something else entirely, an architecture in which our very identity as viewers is up for grabs as we participate in these strange, unknown lands with their different ways of going. Art, then, as emergent propriety, proffering different laws of operation which we need to learn. Which is to say, I don't want to live in a world which I decorate with art. I want to live in a world in which art invites me into its new, strange domain and decorates its world with me.

Art is an education. It asks us to learn its way of going, its mode of operation, its values and physics, its desires and mechanics. It is our job, our delight, to learn this or that art's way of going — and see what happens to us, to the world around us: to risk becoming other — which may, now and again, make me tremble with fear.
By Daniel Coffeen at March 01, 2020

On, TV, Schitt's Creek, the Addams Family, & Don't Trust the B*itch in Apartment 23

TV as a drug — as per Terence McKenna — that finds value in how we relate to it. I noticed that "Schitt's Creek," a show ... 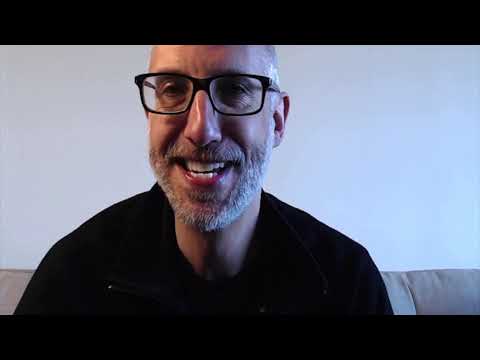