Data Property, Not Data Privacy: How Blockchain Can Change the World 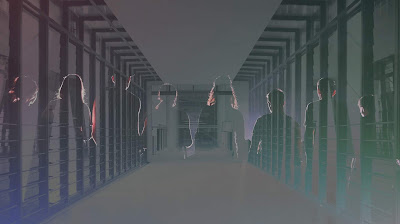 Privacy as a Red Herring
So I recently watched the Netflix documentary, “The Great Hack,” which purports to reveal the nefarious things Facebook and Cambridge Analytica have done with our data. It seems these companies used our information to sell us things — in particular, to sell us a world view that supported a certain candidate in an election. Egad!

What the film, in its achingly obvious and predetermined sanctimony, fails to talk about is that these companies — Facebook and Cambridge Analytica along with Google, 23andMe, etc — sell our data without sharing any of the wealth with us. Another way to say this is that these companies steal our property, generating such absurdly vast wealth — for themselves.

Now, the film’s presumed whistleblower, Brittany Kaiser, repeatedly says this to the camera. But the film ignores this thread, focusing on how one or two companies seem to have been unethical in how they used our data. No mention of massive theft. No mention of financial retribution. No mention of Ms. Kaiser’s campaign, #OwnYourData. Instead, the film turns the systematic, institutional pillaging of our data into a few instances of bad behavior.

Which of course is precisely what Facebook wants. As long as the conversation is about data privacy, not data property, all it has to do is amend some terms of service, perhaps pay some fines, while its immense coffers remain untouched. The audience feels outraged. But the real question — whose property is this data? — remains unasked.

What is the Information Resource Economy?
As Edward Hickman, the CEO of Anatha, argues we are living in an information age economy — a resource economy of information. That is, information has become the most valuable asset in the planet — more than oil — propelling what are now the richest companies in the world.

We all know this. We are not an economy of manufacturing; we are an economy of data. The biggest companies in the world, such as Google and Facebook, don’t make much. In fact, the things they make — software — they mostly give away for free. They make their money by selling information. But here’s the odd thing: it’s not their information they’re selling. It’s ours. And yet when we talk about data today, the discussion is never about property — and its theft by these companies — but always about privacy.

In the age of smart devices, consider for a moment all the data you (potentially) generate that is used and sold for enormous profits. Take your driving: where you drive, how fast your drive, what car you drive, how often you buy a new car, how often you repair your car. Now clothes: what clothes you buy, how much research you do before you buy, when you buy them, where you buy them, why you buy them. Your music, your food habits, your home buying, your DNA, your voting, what you read and watch: all this is your data that companies want, that they gather and sell.

And yet we don’t share in any of the tremendous wealth that our data generates. And, what’s stranger, we even pay to give our data away. Just think about companies like 23andMe. People pay to give their DNA to a company which turns and sells it to pharmaceutical companies.

Now, I understand that 23andMe provides a service that costs the company money. The same is true of Google and Facebook: they spend money creating software that we use and should therefore be compensated. Of course. But should they own 100% of the profits our data generates — data that we literally create?

What I’m saying is that we are experiencing a dramatic shift in the global economy. Whereas resources such as oil and metals dominated the economy for decades, information is now the most valuable asset. And where does this data reside? In each of us, individually. Every person alive is a kind of oil well, an enormous and continuous source of this sought-after resource. Each person is now their own source of wealth generation. The question is: Who gets to enjoy this wealth?

I understand that legally defining the limits of data property can be tricky. After all, if I’m using Facebook’s software stored on their servers, why isn’t it their data? I understand that, perhaps, this needs to be worked out by the courts.

But there’s a better solution: it can be worked out by the market via new economic tools in which individuals not only control their data, they share in the value it generates. Consider for a moment that the the country of Iceland sold the DNA of its population to Roche for $200M which, I believe, it shared back with its citizens.

What if there were a new social media app in which all users were stakeholders? Where you shared in the wealth generated by your activity, by the content you created? Wouldn’t we all use that one? We don’t need the courts. We need new applications — and new economic tools to drive them.

Now try to picture the complexities of actually sharing that wealth with you. All those different currencies, each with its own set of regulations that change nation to nation. The fact is: it’s hard for me to even get paid by my clients. They issue a check from a bank that holds their money; they send that to me; I then go to another bank that holds my money. If my client chooses to wire me money rather than send a paper check — yes, most payments are still done via paper checks — then there are other intermediaries overseeing and managing that flow of funds. We take this process so for granted that we never even consider it odd that all these intermediaries — multiple banks and payment services, each with their own legal regulations — have to manage an exchange between two parties, my client and me.

Why can’t my client just pay me directly? Because that’s not how our centralized economy of government run fiat currency functions. Everything has to be run through a central point.

Blockchain technology, along with other means of decentralization both known and yet-known, proffer a different model. Currencies are no longer managed by a central party such as a government or corporation. Rather, each runs independently, according to rules set forth from the get go (if you don’t like the rules, use a different currency; yes, cryptocurrencies make currency itself multiple and competitive). So payments are peer-to-peer. No need for the bevy of intermediaries that carry money from one person to another — no need for banks, no need for financial services such as VISA, no third parties siphoning off money just so my client can pay me.

At the heart of these currencies is what people call a smart contract. A smart contract is an automated, computer-run set of transactions between parties that needs no third-party to oversee or execute it. It executes itself. As Blockgeeks define it: “Smart contracts help you exchange money, property, shares, or anything of value in a transparent, conflict-free way while avoiding the services of a middleman. The best way to describe smart contracts is to compare the technology to a vending machine. Ordinarily, you would go to a lawyer or a notary, pay them, and wait while you get the document. With smart contracts, you simply drop a bitcoin into the vending machine (i.e. ledger), and your escrow, driver’s license, or whatever drops into your account."

So now picture a social media company, such a new version of Facebook, that is run on a decentralized platform. When you sign up, you agree to certain terms — what data you’ll share and sell (if any) and what data you won’t. Based on these terms, as the company manages and sells your data, real spendable value is returned to you. It’s all worked out by the smart contract as payment is delivered directly from the company — that is to say, from the network or DAO (decentralized autonomous organization) — to you.

And while you’re probably thinking that the company would inevitably try to screw you over, two aspects of such decentralized technologies are immutability and transparency. As all transactions — the exchange of data and currency — happens on the blockchain, they are all recorded for anyone to see (transparent). There is no way to tamper with it, no way to embezzle (immutable). This is why these networks and contracts are called trustless — not because you don’t trust anyone but because you don’t need to trust anyone. The code executes the terms of the deal without anyone getting involved.

Now picture your own digital identity that moves between apps, smart devices, and currencies. At each step, you control what data you share and what you don’t while you share in whatever value your data generates — automatically.

And voilà: now every person on the planet who so chooses is suddenly participating in the vast wealth creation that is the information economy. And, together, we all flourish.
Some years in the future, we’ll look back at this time as the age of the Information Robber Barons. Do you remember Facebook, we’ll ask each other, that company that so relentlessly stole our data to get rich? That was nuts! I wonder what happened to them.
By Daniel Coffeen at September 24, 2019