Towards a Philosophy of Rhetoric

From the brilliant, charming "Clueless," an all too rare depiction of rhetoric praised rather than vilified.

Rhetoric is concerned with the everyday, with the ways things stand towards other things or, rather, with the way this stands towards that — how I stand in the crowded subway car, what I say to my son when his rapidly elongating body extends into my couch space, how much to beat the eggs before pouring it in my broth for egg drop soup. That is to say, rhetoric is less interested in a general theory of ethics than in the particularity of an encounter.

These ethics — these interactions — need not be human. Trees and wind, for instance, have a complicated relationship, rhetorically speaking. Trees shape wind and wind shapes trees. I love the way the trees along the Pacific coast grow as if the wind were always blowing, the wind winding through the very structure of the tree. Those are some complex arguments they make to each other, elaboroate conversations, negotiations, jokes. (The funniest tree I ever met was a ginkgo in West Philadelphia.) 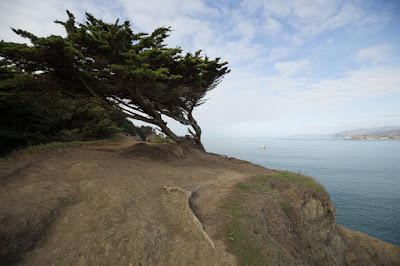 With its attention on the particular, even if this particular extends temporally backwards (the past is always present) and forwards (so is the future), rhetoric enjoys a resounding indifference to what we usually call truth. Its focus has never been universal claims or moral dicta (that's a word I bet you rarely use!) or what actually happened. It cares about this body and that body and the different ways they can and do go together.

This indifference has been the source of its criticism. Besides Socrates' ambivalent anti-rhetoric rhetoric, see any Hollywood movie about the law. Lawyers — who've come to stand in for the classical sophist, those who use arguments to get results rather than the truth — are inherently sleazy because they're only concerned with the outcome for their client, not the truth. And then the good lawyer has a crisis of conscience and leaves the law to follow Truth and Justice. Oy vey! The same old moralistic crap. In fact, all of our depictions of a good lawyer are those who believe in a moral cause that exceeds the law ("To Kill a Mockingbird," for instance, or "A Civil Action"). But a lawyer who's great precisely because he's indifferent to the truth? I can only think of one instance: that brilliant exchange in "Clueless."

This critique of rhetoric assumes that sophists manipulate the truth to get what they want. But what if there never was any truth? This is what makes rhetoric interesting and, dare I say, beautiful: it begins somewhere else entirely, somewhere outside the search for certainty, outside the need for universal claims, outside the desire to speak for others: to reference a great professor of rhetoric whom I only met through his books, rhetoric is beyond good and evil (yes, Nietzsche was a professor of rhetoric). It proffers a world view that feels no need to affirm, deny, or undermine the truth. Rhetoric isn't punk rock; it's not rebellious (except when it is): it's more like an aesthete, indifferent to silly bourgeois propriety.

Thinking about what rhetoric is and how it operates  brings me great pleasure. Talking about it begins to sound like philosophy — there are some concepts (kairos) and functions (appeals) and ways of operating. But unlike most philosophy, it doesn't seek a common answer to a question or a universal.  In fact, might rhetoric be non-philosophy à la Laruelle? You tell me.

In any case, rhetoric neither offers nor rejects such postulates. Rhetoric is not a position that rejects anything (unless it does). It takes (or doesn't) whatever comes. In this sense, rhetoric is akin to science in that both are empirical: the rhetor, like the scientist, perceives. But, unlike the scientist, the rhetor doesn't seek a formula for reproducing the same results over and over. The rhetor doesn't want to confirm anything. No, the rhetor just wants to get that kiss, feel that stretch, enjoy that cilantro pesto without too much garlic. Yum!

I think I'd say rhetoric is closer to what I might call taoism. I qualify that as I don't know much about taoism other than reading the hilarious Lao Tzu and Chuang Tzu (I highly recommend both). I was going to say yoga but I feel like yoga has some element of prescribed practices — the poses. But if you take out the poses, rhetoric is indeed yoga: it's the practice of reckoning the now. In both cases, there's just a going with.

And, like toaism's wu wei (the do nothing way), rhetoric is neither active nor passive, neither creative nor consumptive. It flourishes in the spaces in between, in the relations between and among things (even the spaces within a me that will never have been a me). Taoism and rhetoric have no expectations, no oughts; they both play it as it lays. That said, rhetoric strikes me as having a bit more, uh, umph, a greater will to will. To wit, there are a lot of very quiet taoists but I've never met a quiet sophist.

I see rhetoric as a branch of phenomenology. Or vice versa (in a world of flux, genus and species often realign position). In my version of phenomenology, which comes from Merleau-Ponty not Husserl, the world is fundamentally phenomena, not idea. Ideas exist but they are events rather than determinative figures per se: they are part of the flux, wound up with material, rather than being an external thing that tells material what to do.

Anyway, I've spent decades thinking about rhetoric, fleshing out its logic — creating a kind of philosophy of rhetoric. Here are some postulates of rhetoric, a field free of postulates:

I used bullet points because it's funny. And makes my argument look organized. Which it is — but according to an emergent logic.
By Daniel Coffeen at November 20, 2017

I have some Whitehead on my shelf but have never delved. Is there a starting point you recommend? (I"m digging deep into Bataille these days....). Thanks.

Adventures of Ideas is a good introduction into his thought/rhetoric/jargon, but Process and Reality is the Big Kahuna—the more systematic presentation. I haven't read Science and The Modern World. None is for the faint of heart.