Creating Yourself with Television, Art, and the World 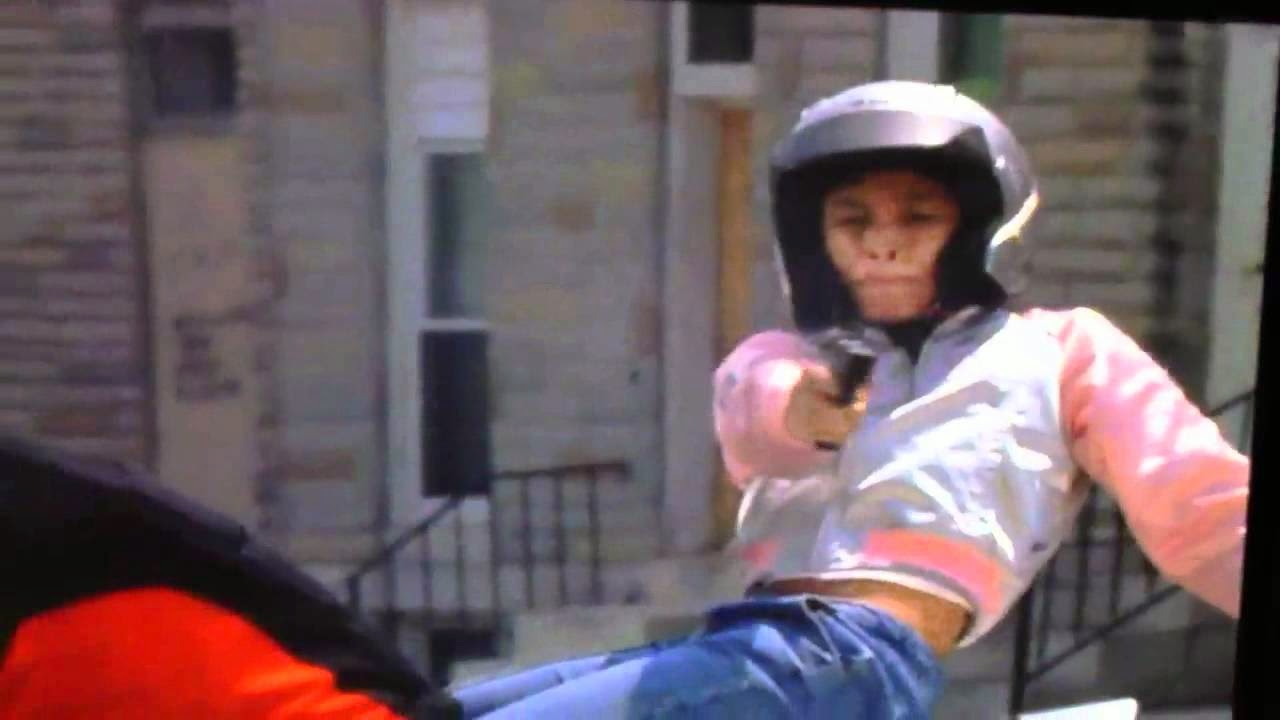 What is it we want from television, not to mention art, philosophy, poetry, literature, film, the world in general?

Well, I suppose we want many things depending on circumstance. I have Hulu Plus, mostly for the Criterion Collection, but the fact is I don't want to watch Cassavetes or Fassbinder most nights of the week. I want to redirect my mind from the insistent demands of the day — work, kid, dating, car troubles, a doctor's appointment, the diverse mayhem of my life. And so I'll watch some show on Netflix I've already seen many times — 30 Rock, Weeds, The X Files. I'm not looking to form new pathways, new thoughts, to have piercing insights into the human condition. Nor do I want to see the medium of film or TV anew. I just want to stop thinking about the bullshit I've been thinking about all day.

In many ways, this is fantastic. It's a kind of meditation as I move away from anxiety into calm. It's relaxing, comforting, even therapeutic. Of course, it's also mind numbing — which is part of the point. While it is some kind of meditation, it's not meditation per se: it's still so much noise, distraction, which in the end is more ego reinforcement than ego dissolution. It seems to me that meditation is about letting go of ego, letting the cosmos run through you, dissolve you whereas watching familiar TV appeases my ego. Again, this doesn't make watching Bored to Death reruns bad. It's just different than seeking enlightenment.

We usually think that watching TV is somehow worse than reading a book. This is an odd, old prejudice that imagines books to be challenging while TV hand delivers you all the images. But this is of course absurd. Reading some book that confirms yourself is not better or worse than watching TV that confirms yourself. (If you read critiques of books from centuries ago, they read exactly like critiques of television, almost verbatim — both critiques argue that the medium is just that, a medium, hence not real life.) Anyway, books are made of images, too, and some images challenge us, provoke us, enlighten us while others quiet us, affirm us, mute us.

There is art that I have in my apartment, all of which is great. And there is art that I love but would never hang in my apartment. For instance, I've come to love Francis Bacon. But there's no way I'm hanging that crazy shit in my house. This may seem obvious but why not hang it over my bed? Isn't it just an image? And if I love the image, why not keep it close to me (forget about price for the moment)?

Well, while I like reckoning Bacon's take on human flesh and its precarious tether to the bone, I don't want that way of going to pervade my body all day every day. For that is what art does (art here includes tv, film, and books): it proffers ways of going that our bodies take on (or don't). 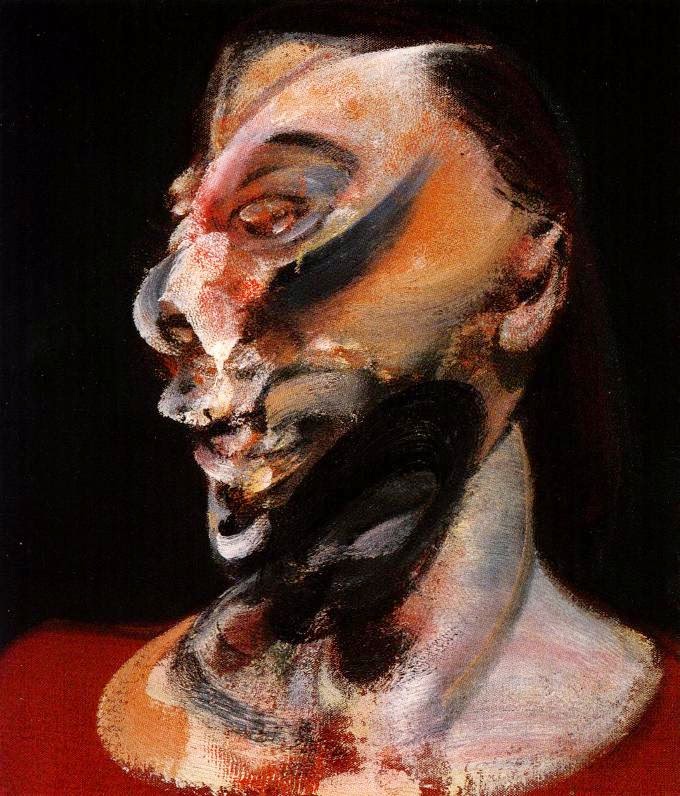 Everything is a way of going, including you. You go like that, I go like this. This going changes in time (or that is what time is — the calculus of changing of bodies, visible and invisible). But we have our styles, our comportment, the way we metabolize the world. This includes what we like, what we want, what we believe we want, the ways we think and move and eat and shit and talk and sleep and love and fuck and flirt and dance and write and watch.

But a way of going is not isolated from the world. It is fundamentally ecological, enmeshed in the trajectories of other ways of going. In some sense, a way of going exceeds a body. Or, rather, a body is an intersection of so many different ways of going. A comet, for instance, is made of dust, ice, methane, carbon dioxide and more as it at once flings itself and is flung through the cosmos, its path inflected in infinite ways by the push and pull of other bodies.

You and I are no different in that sense: we are made of lots of different things — water, skin, toenail — and at once fling ourselves and are flung through the cosmos, our paths inflected in infinite ways by the push and pull of other bodies, visible and not — cultural and historical forces of sundry sort, love, appetite, pixels, dreams.

I went hiking in the Sierra's several months ago. As I walked, I had to navigate all these rocks embedded in a path that was created by federal employees whose decision to make this path was dictated as much by the slope of the earth as by budgetary constraints. Occasionally, I had to walk around a rock so big the federal employees chose not to demolish it. We call these boulders and, lord, they're as stubborn as they are stoic. There's something I could learn from these boulders, a way of going.

Not all rocks go like that. Some are more timid and give way, their very constitution shedding beneath our feet. And, over time, they of course bend to the wind and rain and general wear of the world. But, in human terms, rocks offer a distinct way of going.

I've always been a fan of saguaro cacti. They usually live longer than humans. And, like a rock, they move very slowly. But unlike a rock, the saguaro has distinctive flesh that stands before the punishing sun, unadorned, day in and day out. It basks in the relentlessness of the desert — bold and elegant and not afraid of occasional wit. Every time I go the Sonoran desert, I learn a little something from those cacti about how to go in the world. 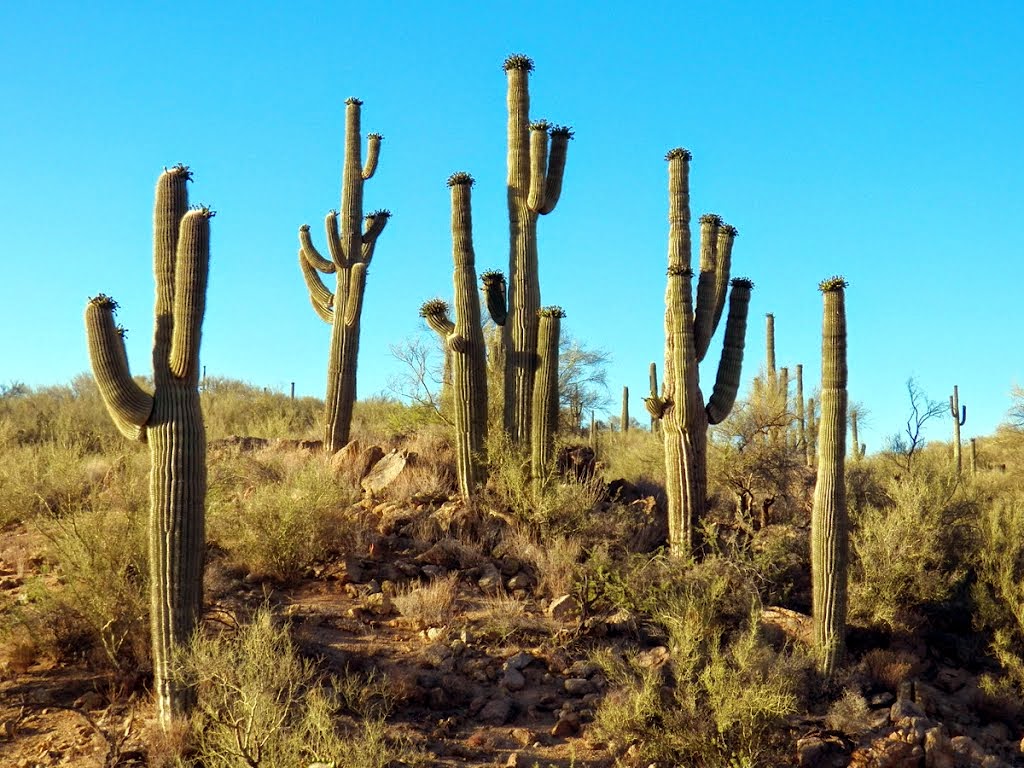 Art in its many forms — tv, film, books, paintings, photographs, prints, dance — gives us ways of going. In the course of my life, I've taken on some loving, misanthropic absurdity from the Coen brothers, fuck you confrontation from Cassavetes, joyful complexity from Wes Anderson, nasty wit — with equal parts joy — from Jean-Luc Godard. I've learned to wind thoughts and figures with Pynchon, hyperbolize with TC Boyle, and tumble perversely with Philip Roth. I've taken on Nietzsche's way of reversing thought, Deleuze's instinct to proliferate, Derrida's pedantic distinctions. I could go on and on.

I remember the first time I saw The Wire. It was about eight years ago, an episode from what I now know was the fourth season. I remember so clearly watching Chris and Snoop drop another body in the vacants and my whole body recoiling. It was too much for me. My metabolism at the time couldn't stomach it.

Many years later, prompted by god knows what, I tried watching it again from the beginning. And was immediately hooked. No, that's not fair as I wasn't just passive. I was taken, yes, but I in turn took it on. I loved its way of going, its sprawl of humanity that was at once so grandiose and lovingly small. It was — and remains — mythic. I've learned from its way of distributing humanity along with television itself (I wrote about that many years ago). I've learned about the mechanics of capitalism and learned as much about drinking, love, and passion from the characters within the show.

Now, often, when it's late and I'm tired and want to redirect my thinking, I'll pass over Tina Fey's indubitable charms and flip on The Wire for the umpteenth time. At this point, I'm not seeing new things, new angles, new moments. It's not carving new ways of going into my being. No, it's flowing down the grooves of my self that it has forged lo these many years.

I underwent something similar with House of Cards. I couldn't get through the first season because the characters were too ruthless, the one-sided violence was too brutal, and the retribution or reckoning (if any) was too slow in coming. I'd been invited to watch it with friends, a weekly viewing night, but I was also undertaking therapy at the time, to cope with my conflict with society and an awareness of a near-term end of the world. Thus, the show was in no sense a form of escapism, only an enhancement of the issues that disrupted my existence.

Season two was different. After I took a break and returned to the show, I was engrossed in it. Now my wife and I are watching The Wire for the first time, and it is by no means a pick-me-up, but it is really good storytelling. I support the "good guys" but hate many of them on a personal level; I'm against what the "bad guys" are working for but I feel real pleasure when they progress and overcome their obstacles.

I don't question what this means since we only have about 16 years before the food riots in our own nation erupt, and wondering is as pointless as stumbling along in obliviousness. I'm finally engaging with entertainment on one of its two prime functions: if not education, then distraction.

First of all, The Wire is so fucking smart — so complex, so nuanced, so funny, so epic — that is melts me every time I watch it (over a dozen times, at least). I've written about it a few times:

Anyway, there are so many ways t watch and engage art, TV in particular because it plays this everyday role for us. TV is not extraordinary as it's so everyday — and that gives it a kind of power and intensity that's becoming clear to all these days.

But it also gives it an enormous range of modes of engagement, including a variety of ways it can edify. We think documentaries teach and 'shows' entertain but that's of course a specious distinction. Curb Your Enthusiasm is edifying in the ways it explores and presents the dynamics of social discourse. It's amazing in that it gives us a distinctive affective mode of engagement (and not, say, a behavioral or moral one). So, yes, it's entertaining — so funny I literally punch myself — and, in the same breath, expands the very possibilities of how to go and feel in the world.

And, sometimes, we 'just' want a chuckle or distraction — but that should not be belittled at all.