Ray Rice, Jennifer Lawrence, and Life in the Panopticon 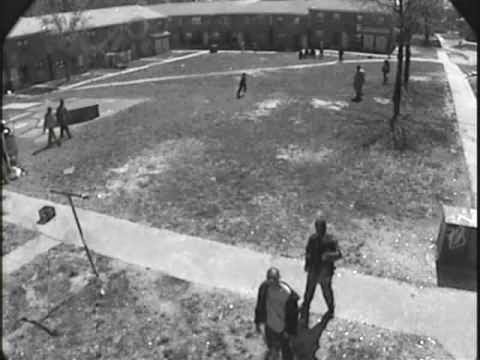 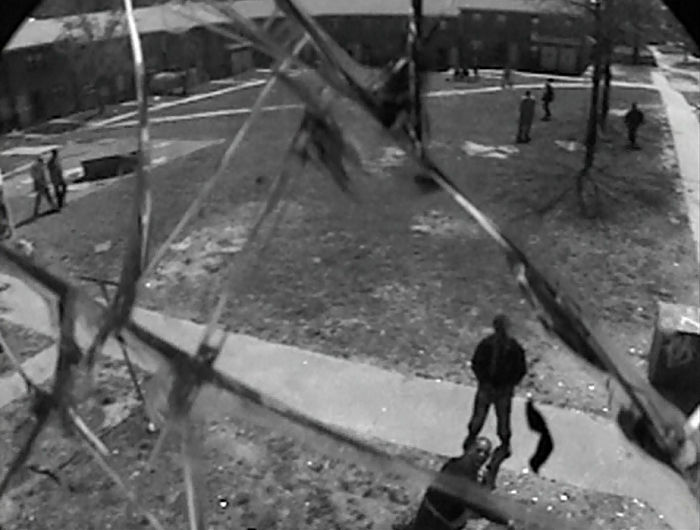 I don't watch the news but thanks to Twitter and Facebook, I couldn't help but notice two recent so-called stories, one involving naked pictures of Jennifer Lawrence, the other a punch Ray Rice landed on his bride.

In my social media feed, there seemed to be consensus: we shouldn't look at the Jennifer Lawrence pictures because that's an invasion of her privacy and, worse, sexual assault. And Ray Rice is a violent, wife beating creep — and the NFL, not to mention American culture in general, is misogynistic. I agree with all of the above.

But that's not what struck me about these stories. What struck me is that no one seemed to be talking about the fact that we're looking at images of people leading their lives. These aren't movies or TV shows. This wasn't even a fan's videotape or from the smartphone of a crusading activist. It’s a selfie and a surveillance video. Even the articles that decried the theft of Jennifer Lawrence’s images as an invasion of privacy, yelled Thief! not Panopticon! (This may seem like a pedantic distinction but thief assumes we record everything; panopticon questions said recording of everything.)

Don’t get me wrong. I agree that it's invasive and creepy to look at Lawrence's private pictures. My question is: Why then are we allowed to look at the Rice video? Why is that not an invasion of privacy? He was recorded without his knowing! Talk about creepy. Watching that ubiquitous clip — yes, I watched it, but for many reasons did not see Ms. Lawrence’s images — I felt an unsettling complicity with a police state that monitors all our actions.

The discussion of Ray Rice moved exclusively into the content of the images, ignoring the event of ubiquitous recording and the casual evacuation of any presumption of privacy. As Marshal McLuhan would say, the media focused on the message, not the medium.

Please do not misunderstand me. I am not saying we don't live in a culture of violence against women. In fact, I see how the hacking of an actress's nude pictures and the punch of a woman by a sports star share a common ideology: women are objects to be viewed and hit. It is troubling and grotesque and worthy of much discussion and more, although I couldn’t find articles that made that connection.

What I am saying is that there is another commonality here: the will to hack and view Ms. Lawrence nude images is the will that has us feel righteous watching and condemning Mr. Rice's video. They stem from a culture that assumes, without question, that everything is recorded and hence there to be seen. Yes, the content is dramatically different. Yes, his behavior looks repulsive and endemic of violence against women. But both events entail the utter evacuation of privacy in the age of the always-on, always-recording web.

I am wondering why we feel we have the right to look at the Ray Rice video and pass judgment but we're not supposed to look at Jennifer Lawrence's pictures, a woman who oddly enough makes her living by people watching images of her. How is this distinction drawn? How is it ok to watch one but not the other?

I am not saying that we can't draw distinctions between images and their respective right to privacy (or lack thereof). As a culture, this is what we do all the time. In some instances, it is the law of the social. Other times, it's the law of the state. For instance, unlike the Lawrence photos, the Rice video could and should be subpoenaed as part of a criminal proceeding.

Is the Rice video ok to see because he didn’t take it? Because it’s a surveillance video? And it’s not ok to watch Jennifer Lawrence because she didn’t want them to be seen? That just doesn’t seem right to me. Watching both seems creepy and wrong. But, frankly, it’s the surveillance video that really creeps me out.

What I find troubling is that in all the discussion of these events, I've seen no one question how we came to see the Rice video at all. In fact, I've heard criticisms of the NFL that it didn't seek the video actively or thoroughly enough! Isn't the NFL a private company? How or why would it or should it be looking at private video? And yet the hackers are criticized for looking so thoroughly for images of someone whose images are everywhere.

No doubt, the content of both sets of images is of the utmost importance. Violence against women is horrific and takes many insidious forms, from viewing private nude pictures to systemic physical abuse. But equally disturbing to me is that we live in a world where we assume that everything is recorded and everything is there for our viewing and, moreover, that we reserve the right to pass judgment based on that viewing. Who needs the NSA when we have ourselves?

Some random thoughts in response (on mobile, sorry for the spacing)

I think the way that cable news channels (both CNN/ Fox and ESPN) have created the split panel or dueling experts of opinion when tackling stories has led to a viewership that expects to be a kind of silent, micro-relational judge.

The Social Justice Warrior (a somewhat derrogatory term that Reddit/4Chan throws at, for example,Tumblr feminists) I come across (largely its through friends posts on Facebook) seems to be steeped in a Huffinton Post-esque, click-bait rhetoric; a rhetoric in which The Rice story works well because we can pick a frame for the story: violence against women/the NFL and its tolerance of violence/black culture and the rise of nihilism and materialism in Trap music. We simply pick one of the above narratives and re-report via Facebook/twitter/word-of-mouth and the story is condensed, destructuralized into a Cultural Instance in which we don't have time for your Foucaldian article because you are not addressing the "GLARING Top Ten Social Injustices In YOUR STATE". You'll just need to click this hyperlink and youll be able to navigate through our ad-ridden 38-page slideshow....

As for Jennifer Lawrence, I think there is a expected relational exchange between us average males and Hollywood in this country that accepts celebrity surveillance in return for media consumption. A kind of "she knew what she was getting herself into"-mentality is so easy and satisfying for me even though I know it's lazy thinking. And as weird as this may sound I really think the dregs of the Internet (I frequent them, I studied Anthropology in university so it's required) have a high school view towards celebrity actresses, our viewing these celebrity nudes is a mediated revenge on those attractive popular chicks who were always just out of reach of us weirdos.

Leif: This is brilliant and spot on. The way "issues" are so readily sliced and diced into nuggets for ready consumption, ready to be passed around, ready for all the right sentiments: outrage, sadness, anger.

Rather than proliferating perspectives, the web — particularly social media — works to homogenize, to make everything readily consumable, to build ready consensus. After all, clicks and likes = advertising dollars, not to mention existential confirmation ("I am a good person for liking this!").

When I wrote this, I threw in so many caveats it nauseates me. But I knew — knew — people would misread, misunderstand, because what I'm saying doesn't fit the frame of the discussion. This is why I shy away from ever being topical. Although, writing this right now, I think I may write about this. Hmn.

Thanks for dropping in and stirring me up in the best way.