Why "Why" is a Silly, Dangerous Question

The question why inspires reverence. It's considered to be the very stuff of great minds, of curiosity, of what drives us to know more. But it seems to me not just a silly question but a dangerous one.

Why assumes that there is motivation that lurks behind experience, within the heart of the phenomenon, that drives it and explains it. Why assumes the great prejudice of Judeo-Christianity, that there is a soul that lurks within our bodies, a driver that steers action. Experience, it seems, is never enough. We always have to add something else, something outside of experience — as if life needed any justification other than itself.

Why assumes a cause. But life has no cause; life happens. Cause and affect is a local relationship that we use for practical purposes. On a cosmic scale, there is no cause, there's just happening, allatonceness, a network of effects. 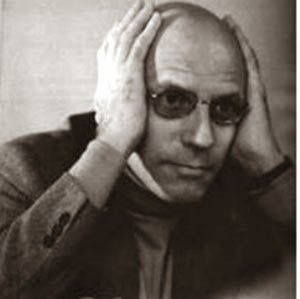 As Foucault argues so elegantly, this why that we imagine lurking behind action birthed police interrogation, the infinite probe of what's in our minds. Yes, you killed someone but why? You must tell us! We must study you! Forever! (After all, the soul is infinite so our interrogation must be infinite.) Why is the justification for the infinite abuse of prisoners.


But even from a local empirical perspective, why is the wrong question. Think of the absurdity of asking why when I spin a bucket of water, the water doesn’t fall out. To say it's centrifugal force is not to say anything at all. It’s to offer a tautology (pace Nietzsche). We spin a bucket; the water stays put; we say there’s a force. It’s hilarious and absurd.

To ask why of empirical events leads to an infinite regress  — Why does the water stay put? Why is there centrifugal force? Why is there gravity? Why are there bodies? It’s why ad infinitum until we finally say, Well, uh, God. God is why. Stop asking.  God: a primal mover that puts an end to the inquiry. This is the ideology of why: it is the nihilism of belief in God, of something outside of everything that explains everything — as if nothing could explain all this.

Colloquially, we use why when we mean how. I say to my friend, You're being silly. She furrows her brow and asks: Why? And the pedantic schmuck that I am, I reply, I have no idea but I can tell you in what way you're being silly.

Why is nihilistic. It looks backwards, away from events, from what's happening, away from life. Why wants to remove all this silly life to get at some truth. Which is why — that is to say, how or in what way — why is so dangerous, so violent: it tears at life itself, seeks to efface it, erase it, debase it.

Life happens. There is no alternative. Elephants have trunks; there's no reason to it. It's just the way it is. There may be possible worlds, possible lives, things that might have happened had you gone there, done this, kissed her (or not). But to seek an alternative to life, to try to brush it away to get at something better is to miss life all together. The trick is not to ask why but to enjoy what's happening right now. Who cares why you did it (whatever it is)? If you want to do it again, do it again. If you don't want to do it again, don't do it again. Asking why will only bury you deeper in a pit of misery.  You are what you do, not why you do it (pace Nietzsche).

So much of Western philosophy has been driven by one question: Why is there something rather than nothing? That is a nihilist's question. It begins with the assumption that there is such a thing as nothing. But there is no nothing. The world is filled to the brim, always and necessarily. There are no blank spaces. And, more importantly, there is nothing else, no other way that it could have been.

And no other way that it should have been. Should is partner to why, wishing life to be other than it is. Our crappy religions and silly moralities proffer what should be — which has us doubt our lives, judge our lives, compare our lives to something that is not. But all there is is all this.

The philosopher's question should not be Why is there something rather than nothing? but How is there this (and not that)? That question begins with life and life's most generative function: differentiation. This is a question that doesn't ask why, doesn't probe under and behind life, doesn't look backwards. This is a question that looks at life actually happening, wishes it no other way, and then makes sense of how difference comes to be, how something declares itself this!

Of course, the wise one — rarely the philosopher — doesn't ask any questions at all. 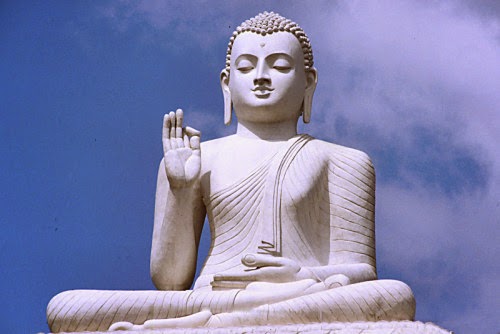 "Why" — asking and answering — seems to be an element of being held socially accountable. Not so much today, since scientifically and legally, we don't ask "why" of people or things, just "how." But what I find more interesting is its the relation to authority. Henry Adams appreciated his grandfather, the ex-President, for saying nothing when he drug him by the ear to school. Authority, as I understand that incident, should not weaken or demean itself by making any kind of justification for what it does.

the question why?
That's why we seek and understand more about the characters, events, ..... why?
the original core to find the source, the secret of life.
hopy

@TomG: I do believe legal discourse, although not always the courts, does indeed ask why. Which is why — ahem — psychologists and childhood play such an important role in sentencing. I just read a long New Yorker article about the father of the kid who shot all this school kids. The article keep reminding us, sadly, that we'll never know why he did it.

'Why' is the lynchpin of the liberal tradition, birthing a certain sense of knowledge (a kind of science) as well as the overthrow of monarchic authority: Why does the kind have all the power?

I can only agree that "'why' is the lynchpin of the liberal tradition." I guess I just don't see that much power in it. Such traditional liberalism seems to be going the way of Burke's conservatism, and the "why" in general is just so much spin.

Lynchpin might be too strong a word. But why is a tool w/in a the liberal will to power — infinite interrogation, an indignation over one kind of authority while birthing a different kind. Why undoes the king while implementing the panopticon. Of course, we are probably using the word 'liberal' differently.

Infinite interrogation, has a kind of Derridean ring to it.

If the sophists where the lawyers of the ancient world than Socrates is the grand inquisitor.

I see how this is an important distinction to make. It reminds me of Design Thinking. #howmightwe #HMW

Where I still see the value in why and related questions like "what if" is that they are invitations to wander, to converse, to swim in the part of the pond where you can't see the bottom. What if instead of people looking for God as the ultimate answer they know deep down inside that the ultimate answer of why is "I don't know, WE don't know, but let's deal with that unknowing as a community. Perhaps Why is the William Blake(ian) mover to How's verifiable status.

@ Dusty: Infinite interrogation is right out of Foucault. And Socrates was indeed the grand inquisitor. I love that.

@David: I really like what you write here; it's a beautiful ethic, if you will. I'm not sure, however, that it needs to be premised on Why. Why not how? One thing I love about science is that it's theoretical, not certain (despite many claims to the contrary). In this sense, science and philosophy — along with literature, music, poetry — are ways of distributing the how: this goes here, that goes there, voila! None are certain; all are theories. This is an infinite task: an unknowing knowing.

Of course, this whole essay is a bit sophistic; why, like anything, has its place. I just wanted to be a little extreme to make a case.

Oh, as for Though Catalog: I now publish everything first on TC and then here. I am good friends with the owner and continue to work with them, when needed, on big brand and vision work.