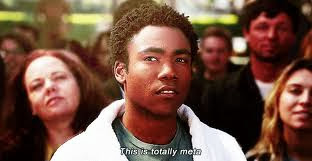 The television show, "Community," enjoys letting us know that it knows it's a television show. There is no pretense to it being real. Its very premise is a transparent sitcom setup as it gathers together unlikely "characters" and has them interact according to their respective roles — the goofballs, the sincere one, the amoral one, the good looking ones. But the show seemingly goes farther by enacting the history of television, performing gimmicks, mechanisms, and situations from other shows. The word I've heard the show use, the word I've read in reference to the show, a word I've encountered amongst the under 30-set in general, is meta. 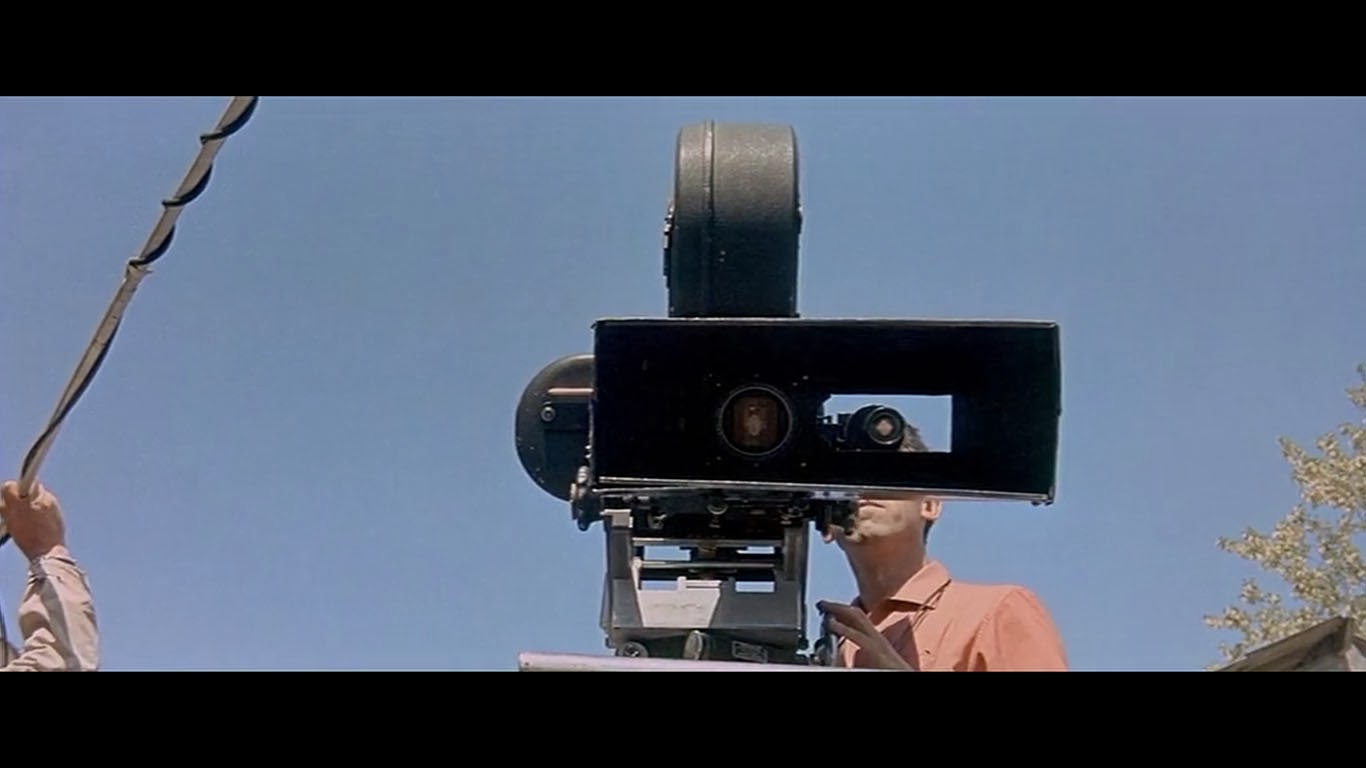 Now, "Community" is by no means a trailblazer in its so-called meta aspirations. In what some consider the postmodern turn (a misleading phrase for reasons I will discuss) the 20th century has seen an insistent invocation of the medium within the message. I think it's safe to say that every Godard movie is about movie making. I always loved the opening of "Contempt" in which we see Bardot's naked body as the film swaps color filter after color filter, Instagram style. This is not representation per se, the medium conveying the world. No, here, the medium is folded into the message. We are not given unmediated view of her flesh. The camera intercedes, lets us know it's there — so stop whacking off! 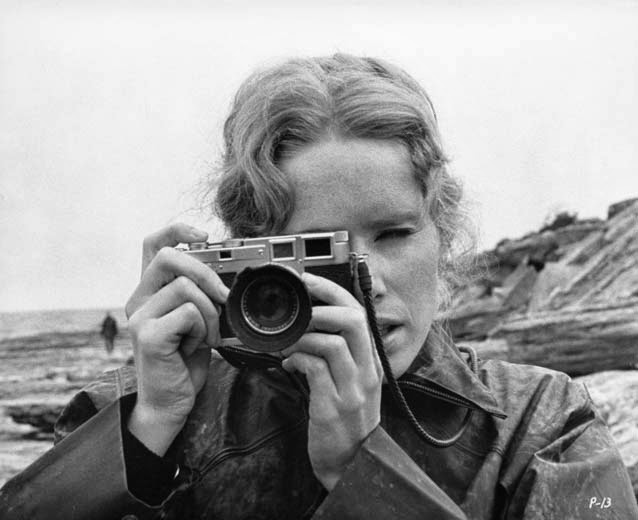 I think the first time I encountered "meta" was in Bergman's Persona which I saw in college. Here is what Mubi writes about it:

Ingmar Bergman’s 1966 film, Persona, is a work of deconstructivism. This was a postmodernist movement of the mid-60’s that strived to produce, essentially, art for art’s own sake. Moreover, postmodernism is a self-reflective art form. It embraces its own artificiality as a medium that has its sole function in representing human impressions and/or emotions. Thus, embracing the postmodernist vein of self-reflexivity, Bergman includes various metacinematic scenes in the film. For example, in one instance, Liv Ullman, points a still-shot camera directly into the frame, breaking the fourth wall. In this moment, we are not only reminded of the camera but we are most aware, as an audience, that we are in a mode of artificiality. This is an art form that is going out there and embracing its identity as a medium that is, inherently, artificial. It is taking cinema and saying “this is art and we are not concerned with trying to deceive you into thinking its reality.” With these themes in mind, one might understand why, while many of us can point out certain qualities of this film that can be associated with other movements of cinematic expression, one cannot help but eventually come to the conclusion that despite its various influences, the mood of this film is strikingly postmodern and deconstructionist. 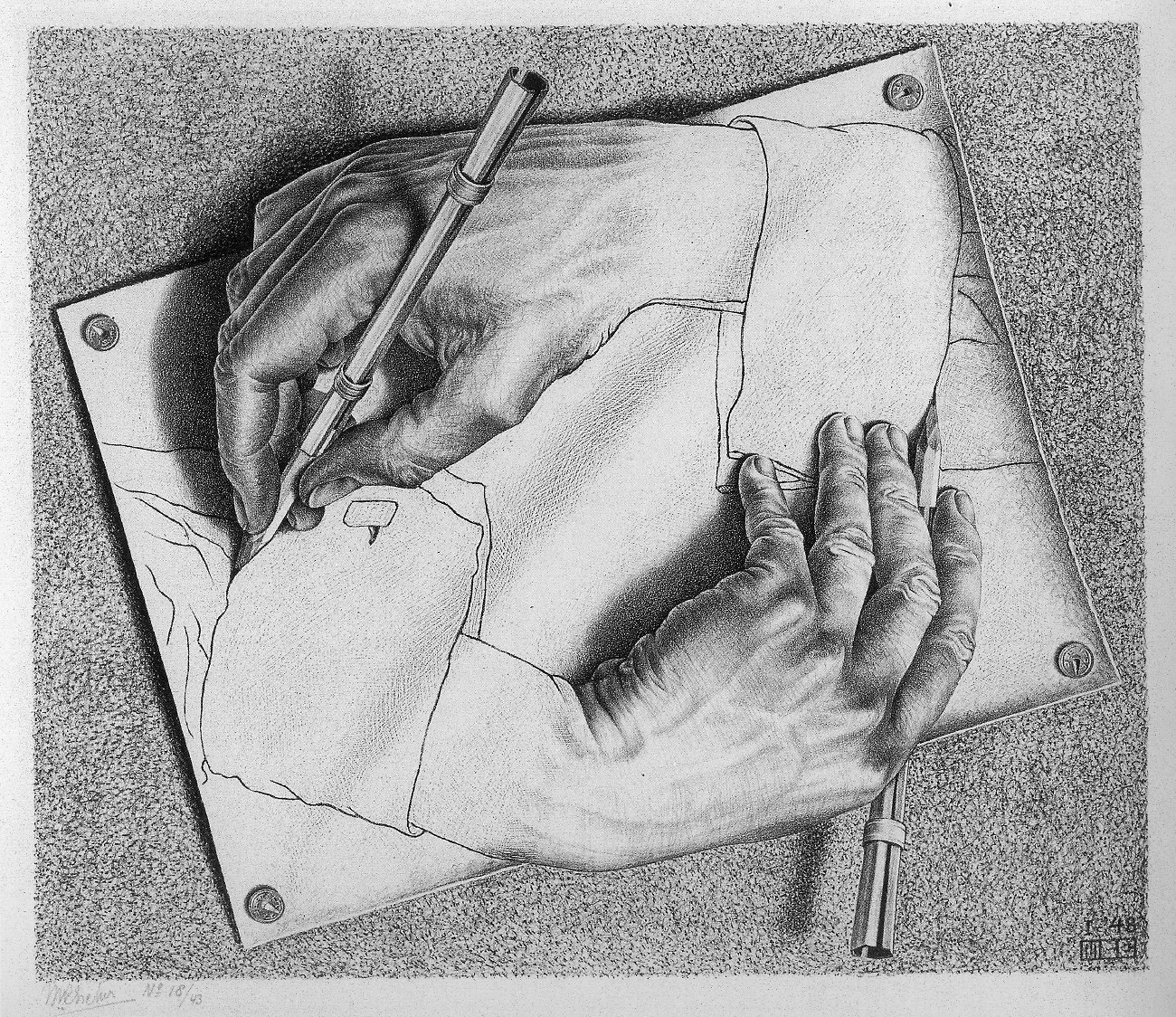 In moving pictures, this is what people such as the writer at Mubi call breaking the fourth wall. Why? Well, if you notice on, say, "Seinfeld," we always get a view of Jerry's apartment. But we never see the whole thing; we never see where the camera and crew are, just out of frame. We see three walls but the fourth can't be seen because that's where the camera is. Meanwhile, actors are told not to look into the camera because the actor would be looking at you, the viewer, breaking that fourth wall that separates viewing from viewed, scene from seen, representation from reality.

Well, the architecture of representation shifts. The clear path from reality to image via technology is disrupted, its flow reorganized. The audience, presumably, can no longer sit there sure in its place, as if watching from a darkened distance. When the camera flips around, the audience joins the frame and is implicated in the action. Like a magician looking for volunteers from the crowd, no one is safe.

And yet there is a certain smug self-congratulation. Rather than meta disrupting our knowing, it brings us into the know, as if we're in on the whole gag. It seems to include us, like being let in on the cool kids' inside joke. So not only is our safety not compromised by the camera turning on us, we feel superior, like masters of the domain: we now know all there is to know.

Which is to say, the myth of self-reflexivity is that it's a revelation, an epiphany, the grand view of it all! Before Bergman pointed that camera at me, before Nancy Botwin looked directly into the camera, before "Community" quoted "My Dinner with Andre," we didn't know. We were in the dark, literally, audience lights dimmed. But now we're in the shining light of self-knowledge, in on the whole thing. Hallelujah! As if we'd overcome the burden of the modern to stand at our new post — the postmodern — to survey the mucky fray.

The problem is that once that fourth wall collapses, there will never have been four walls. To continue to invoke the language of four walls is to exist in a bourgeois, domestic, and geometric framework. Knock it down and the whole thing comes down! Not to reveal the naked truth but to introduce infinite possibilities, infinite uncertainty, a place where no one is safe. The collapse of the fourth wall is not a peep hole onto reality: it's the end of bourgeois domesticity and the inauguration of new modes of creation. It's the birth of the nomad who, once that wall comes down, will always already have been born both in and out of frame at the same time.

Meta is just another perspective, the discourse of the contemporary moment that counts as the true. It's the latest fad. And, as a style, I understand it and enjoy it: self-reflexivity can be beautiful and poignant. But as a claim to knowing, it falls into the very domain it is nominally critiquing: control, mastery, standing outside the fray.  Because once that fourth wall comes down, there is no outside anymore, just as there is no inside. It's all a pleated surface. Or, better, a relentless pleating of the surface.

Meta is considered postmodern. You were all just modern but we stood outside it, moved past it, post it: we're postmodern. But, alas, postmodern is just another position which, in its way, is banal. Yeah, we came afterwards, duh. And what comes after the postmodern? Well, the postpostmodern, I suppose.

I kind of love that and will admit I once taught a class by that name. My point is that so-called historical movements are a stutter — postpostpostpost — without end. They are a sliding that moves forwards and backwards and sideways. Indeed, the very ideas we ascribe to the postmodern — no absolute truth, a multiplicity of perspectives — undermine the very possibility of there being something called the postmodern. It  undoes itself in its very constitution (Derrida) only to wind elsewhere, grow new shoots, develop new possibilities (Deleuze & Guattari).

But one thing meta does not do is know. It is, rather, the very condition of never finally knowing. Meta and self-reflexivity are not vista points onto the world. They are the inauguration of vertigo.
By Daniel Coffeen at February 04, 2014