Pour for Yourself, But Pour Well 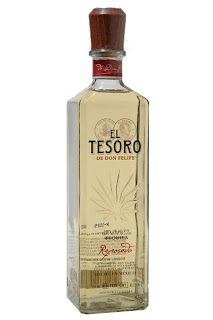 From a certain angle, the difference between people is negligible. Watching my kid grow up and then looking at the kids around him, well, suddenly so much of his uniqueness vanishes. His revelations, his nightmares, his interests, his style of drawing: all the kids his age go through the same things at the same time. Or look at any college campus: students are all dressed the same, more or less. We are all of an ilk, which is alternately comforting and eerie.

Just look at the people around you right now. Each person hangs in the world in his own way, moves at his own speed: he slouches, she twitches, he squirms, his eyes glimmer with attention, she wears an unspeakable sadness. And so it goes on and on to infinity, all these different ways of going through the world.

And the fact is, what suits you might kill me — or, to be less dramatic, sicken me, bore me, confuse me, annoy me. How, then, can I trust another to pour my drink? I don’t want a Jack and Coke — the sugar would make me convulse and retch. I don’t want Jose Cuervo — that shit’ll kill you. Gimme some El Tesoro Reposado, neat. Now consider books, films, people, jobs, activities. Not to be pissy about it but you don’t know how I go, what inspires me, what deranges me, excites me, sickens me, drives me, fills me, sustains me. How could you? Why would you?

So why would I want you to pour my drink? I’ll pour my own, thanks. Because, presumably, I know what I like.

And yet knowing oneself is not readily done. It is an ongoing challenge as your body and circumstances are constantly changing. Sometimes, I like dim sum but I just had it yesterday and the thought of another dumpling nauseates me.  And while I used to really like Jethro Tull, these days I’d rather hear Alt-J.  Things change; I change. Meanwhile, we must all compete with the accepted knowledge at large. Just because science tells us kale is a wonder food, doesn’t mean it sits well with me.

In fact, very few people seem to know what the hell to pour themselves, what suits them, what amplifies their vitality. Look around. We are a sickly, grotesque, obese people, gorging ourselves on Cheez Doodles, Mountain Dew, and Budweiser. Bars and school parties are worse: it seems as if not one person actually should pour himself a drink for he has no idea what, or how much, to pour. 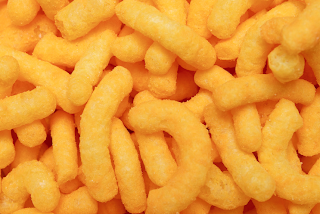 When I was in college, living alone for the first time, I’d cook these enormous meals. I’d eat until, at some point, I’d become exhausted. So I’d nap, wake up and begin again. I had no idea how much to eat. When my friends and I cooked together, it was worse. We’d eat until each of us had literally collapsed on the floor, holding our stomachs, writhing in pain. We were 20 years old and had not yet learned to eat.

We knew, perhaps, what we liked. But we didn’t know how much to eat or what speed.  Pouring your own drink is not just a matter of a what: it’s a matter of a how and when, too, an entire rhetorics, a calculus of consumption.

Learning your limits is no easy task. In some sense, learning your limits is living, is what you’re doing every day in everything you do. You try this, then that, more of this, less of that, trying to dial in the right stuff at the right amount.  At least, hopefully you do. More often than not, you do the same old thing even though it makes you feel like shit.  This is what Nietzsche calls a decadent, an ill constituted person: someone who reaches over and over for the thing that sickens him.

In his great book, Ecce Homo, Nietzsche gives us “a few more indications as to my morality.” Most notably, he tells us:  “A man ought…to know the size of his stomach.” Which is to say, we may think matters of eating the right thing, in the right amount, at the right time are silly compared to more lofty matters. But, for Nietzsche, the health and vitality of one’s body is everything — all prejudices, he writes, stem from the intestines. Those who are hateful eat poorly, and vice versa.

Letting someone else pour your drink should not be a haphazard decision. It’s not something to be taken lightly. Few things are as intimate. So let someone else pour for you now and again. But tread softly and heed if it’s something you should be pouring yourself.

I wonder how Alt-J will age: one of the more prominent thoughts I think when I listen to them. They seem like a band that will change.

I've actually had the same thought. I am kinda curious what will become of them.