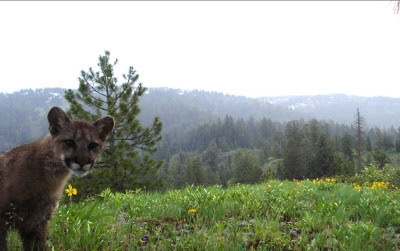 "Passionate indifference" is a phrase I've been passionate about for a while now.  It came to me first after first watching Pulp Fiction.  Here is a film that is cold, that seems to enjoy a casual brutality.  We may  feel for John Travolta but he gets shot, as an aside, while taking a shit. Uma Thurman takes a syringe to the heart. "Flock of Seagulls" is shot mid conversation.

And yet the film itself is absolutely passionate — every scene brims not with pathos but with vim, with verve, with vigor. It has a certain indifference to the plight of this or that character and an indifference to our identification.  The film gives us something else: the passion of film making, the passion of the event, the passion of a humanity that is not mired in bathos but in the very flow of the world — or at least of the moving image.

The best of nature shows and nature commentators speak with passionate indifference. Nature, after all, is neither kind nor brutal: it just is.  There is such intense drama — the large cat taking down a gazelle, hungry polar bears bearing the burden of an infinite winter, flora fighting for survival. And yet nature is absolutely, mercilessly, indifferent.  We can hear this in the voice of the great nature documentaries we know so well thanks to PBS.

And we see it in the great new book by Matthew Deren, "A Forgotten Wilderness: Nature's Hidden Relationships in West Central Idaho." You can see this passionate indifference in the sub-title: the hidden relationships.  For this is what Deren finds: a world that brims with ever-shifting relationships between animals, weather, insects, flora, man.  There is no good or bad.

The ancient Native Americans, Deren tells us, came to the New World, found it over run with large beasts — mammoths and saber tooth tigers — and slaughtered them all in a matter of a thousand years or so. This, in turn, gave way to different environment where food was to be found in more elusive forms of deer and plants.  Which, in turn, gave way to a culture of humility and interconnectedness.

Now, this is a beautiful argument. And one we are tempted to judge, to read through a moral lens. But Deren doesn't do that: to him, it — nature — and a nature that includes man — is simply, or not so simply, an ever shifting set of relationships.  These may not always be obvious unless you know how to look. His book teaches us to see everything — the berries and birds and beasts — with passionate indifference, with an unbounded love and respect but utterly free of moral judgement, of bathos, of cloying human sentimentality.

There is a certain coldness that is, in fact, sizzling hot.  It is cold to the insularity of humanity and its self-absorbed sense of self. This perspective grasps the bigger picture: man as one beast amidst the beasts, amidst the fray.  And as our gaze takes in these "hidden relationships" that teem, we experience a surge, a vitality, a passion — a passion that is indifferent to the bullshit and utterly alive to life.
By Daniel Coffeen at October 23, 2011

Nature is a resource of feeling. Feelings that speak to our primal body, to our very own and deep ability of perception. Like cities, like human organisations as companies, like concepts made reality. But nature remains increadibly friendly : it is the only place in the world who still speaks to ability that cities, countries, roads, institutions (that built building to support their own perpetuation), try to lead to silence.

There is Rousseau ideas in that opinion, ( cf Terence Malick). But we can praise nature even if we don't follow Terence and JeanJacques to the end. Nature is the place for the body : you need muscle to walk, and we enjoy again our muscle by reminding it that ithas a purpose, it's a place smell, sight, touch have a purpose that fits with their possibilities : eyes are not fitted to screen, as well that ears are not made to heard scary and continuous noise of a subway.

Saying our lost part can be find only in nature is not a question of a sort of nostalgy. Nature is the only thing that last, it is the infinite and the easiness, how having the nostalgia of something you can reach with a car in one hour or in trainfrom the very down town ? Itis given to those who just want to visit it.

This is beautiful — nature as the persistent "resource of feeling" that exceeds the quotidian banality, the shrieks of life. I like how you paint the human body, the human being, into this vastness.

“Nature in the raw is seldom mild” is a phrase my grandfather would often say. He often cursed many inanimate objects too, “The knife! It’s fighting me!” As a traveler of the world, he enjoyed nature thoroughly.

I think that what he suggests in his quip is akin to what Deren’s “brimming”, Tarantino’s Pulp’s vimming, and your passionate indifference are all getting at, or rather going with, or bubbling upon: that Nature is fierce (think lion shredding tendons or Mt. St. Helens) and even when it’s at its calmer (say, an autumn sunrise) it’s still bursting at its seams with a fragility that’s so tense it’s almost vicious (think the layer of an ice puddle).

As day breaks, hustle and bustle and rustle unfold: a fish hopping for lazily buzzing flies crashes ripples through a pond’s surface, a blue jay’s squawk scratches the hammer of an eardrum, light fills an iris to its brim, spilling over so much it blinds—all so innocuous yet jarring at the same time. Jarring isn’t the right word, but vigorous, lively, dangerous would be better I think—on edge.

The tension of this liveliness is, I think, a reminder of the not-mildness of daily existence. It’s not the same in the city as it is in the rural or the wild, but it’s the same. Affects flood through our everyday: smells, sights, desires, pangs, thirsts, sounds and thoughts and so… much! (The difference between the city and the wild lies in the categories of possible affects, I think).

Many of these affects can be uninteresting, and never enter into our loop. But when the smells are textured or the pangs strike deep, whether favorable or unfavorable, a sensation truly felt, gnawed, sniffed, whiffed, or considered is anything but mild.

That panging, that resonation of a sensation is, I think, a reciprocation of the ripples in the pond, the squawk of a bird, and (perhaps) the dawning of a realization of how Nature in the raw is seldom mild, in both the real and concrete jungle.