The Face: On Richard Avedon 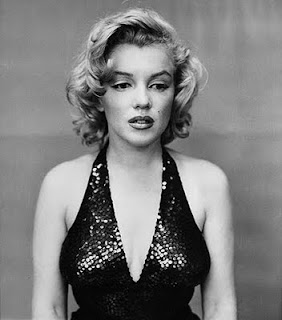 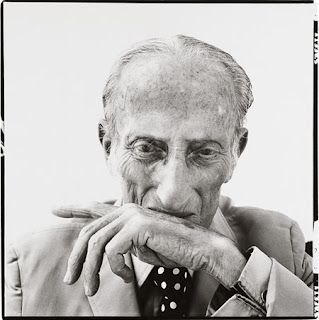 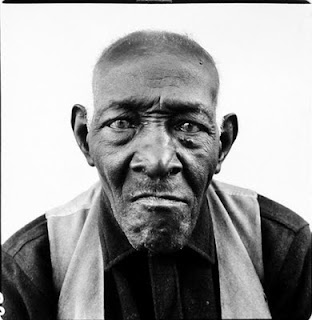 Avedon's subject is not celebrity at all. In fact, it doesn't matter who's who. What matters is the image — which is to say, the face. This is Avedon's subject, over and over and over: the phenomenology of the face, the way affect lines the flesh and flesh is always and already affected, affective.

The face is the recording screen, the site of consumption and production, where the world enters and where the body plays it back according to its necessarily particular metabolism.

The face is mesmerizing. There is something so humbling and inspiring about seeing the human face, again and again, knowing that it is making its portrait of you as you look: each image creates your image, your face.
By Daniel Coffeen at September 19, 2009

Definetely each image creates my image, my face... Little by little, they all add up to create the thing we call ourselves.

When I first thought and felt the reality of this very fact, I was terrified! Every little thing constitutes me and there are some really bad, ugly things that I see or hear or witness.

Then something happened that completely changed my mind about this. I started to enjoy this excruciating fact and look at it as a blessing.

So what do you think happened?

How we come to turn to one of these two different tendencies?

I just can't sense anything about the answer to this question...

I ask this in order to be able to create the same event for other people...

It is a differend, isn't it? An absolute abyss separates one perspective from the other. And yet we can traverse it, we do traverse it.

I think drugs — the right drugs used the right way — can be extremely effective and are probably the best, or fastest, technique to bring on this perspective.

It's a matter, I think, of somehow being blown out of one's comfort zone of habitual viewing.

Perhaps viewing the right art can have the same effect as drugs. David Lynch's Inland Empire was very useful for me.

A simpler question: Why Avedon's faces? Are they face-ier, somehow? Is that the magic of his art?

Not every artist understands, say, a landscape — sure, there are all pictures of lillies. But what makes one lillier than the other?

Avedon gets the face. His faces are, indeed, facier. Or, rather, they are not facier; they are just facey where others are not facey at all.

only people who love life may understand those pictures may be. Art doens't betrail life in this elementary dispositif.